With rapidly increasing export orders, most of KYMCO's production plants worldwide are running at full capacity, with the maker expected to produce and sell over one million PTWs this year.

The new BMW G450X is its first model exclusively developed for enduro riding, the most demanding race in the world. BMW debuted the G450X at the 65th International Bicycle and Motorcycle Exhibition in Milan, Italy (EICMA 2007) and announced that the engine would be contract supplied by KYMCO to BMW's stringent quality standard and product specifications.

Ko refused to comment on the order volume and unit price of the BMW engine, but disclosed that BMW and KYMCO started the cooperation project two years ago, with the German partner sending over 10 engineers to help KYMCO set up a new production line and improve production processes. Six German engineers still remain with KYMCO to assure the quality fully meet BMW's requirements.

The executive VP says the really valuable benefit from the engine contract is stating that KYMCO's manufacturing capability has reached world-class. "These invisible assets we gained from the partnership with BMW are expected to effectively upgrade KYMCO's product quality, product added-values, and brand image," Ko claimed. 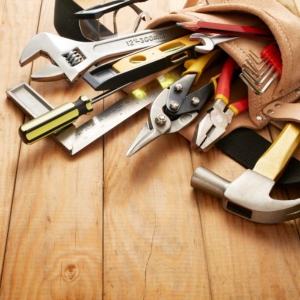 Taiwan's hand tools are the world’s unsung champions! Every year, Taiwan’s tool industry earns US$4 billion from exports of OEM wrenches and pliers. Globally reputed as the “Kingdom of Hand Tools,” Taiwan is one of the world’s top three export countries in this sector, which is one of the island’s most prominent industries. Nearly 70% of enterprises in the hand tool industry are concentrated in t...