In the fourth quarter of 2010, the flat panel display (FPD) industry in Taiwan turned out NT$383.66 billion (US$12.79 billion) of products, a 11.2% quarter-on-quarter (QoQ) decline and a 2.2% year-on-year (YoY) decrease, according to the government-sponsored research project IEK-ITIS (Industry & Technology Intelligence Services).

Panels
The IEK-ITIS says that the production value of large-sized TFT-LCD panels slid modestly from the previous quarter in the fourth quarter, a traditional high season, due mainly to the steadily falling TV-panel quotations and weak demand from the U.S. and Europe market in the season, leading to a QoQ value decline of 11.8%. From the end of the third quarter of 2010, prices for information technology (IT) panels, including notebook PC and monitor panels, began a stable recovery after panel manufacturers adjusted capacity utilization. 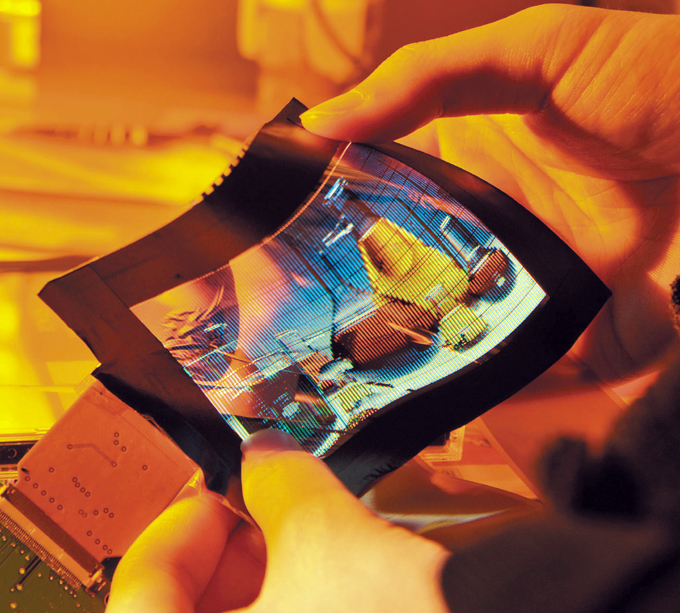 In the fourth quarter, demand for IT panels weakened somewhat, but stable quotations more or less helped panel manufacturers maintain profitability. Prices for TV panels, however, bucked the downtrend but still saw a US$1 to US$5 monthly price drop in the fourth quarter. With the relatively weak purchase willingness in the Christmas shopping season, coupled with slowing inventory adjustment in Chin, sales revenues of TV panels clearly declined QoQ.

With the fourth quarter a traditional high season for small/medium-sized panels, and the penetration of more-affordable smartphones having been rising and sales of tablet PCs rising but still in its infancy, Taiwanese suppliers of such displays saw a minor QoQ decline of 2.6%.

Shipments of OLED panels in Taiwan declined 4.0% QoQ or decreased 1.0% YoY, coupled with seasonal effects on shipments of passive-matrix (PM) OLEDs, which resulted in the inability of Taiwanese suppliers' shipments of higher-end active-matrix (AM) OLEDs to significantly raise the production value of the FPD industry.

The overall turnover in the TN/STN panel sector in Taiwan continued to drop 5.5% QoQ and 29.1% YoY in the fourth quarter, to which the IEK-ITIS attributes makers' exodus or transformation into production of touch panels.

Key Parts
The production value of the FPD key-parts sector fell sizably QoQ by 13.0%, against improving YoY increase of 7.0%.

The color filter production value dipped 10.2% QoQ and 15.0% YoY in the fourth quarter due mainly to weaker demand in China, coupled with system makers' parts inventory adjustment, and the shrinking North American demand.

The production value of polarizers declined only 0.6% QoQ but increased 76% YoY in the fourth quarter, due mainly to strong demand from the tablet PC sector, though somewhat offset by still flat demand in the LCD TV and monitor sectors.

The glass-substrate production value in the fourth quarter declined 2.6% QoQ but rose 11.3% YoY, showing a leveling off in the high season.


Prospect
The IEK-ITIS says that in the fourth quarter of 2010 the global FPD market was not as buoyant as originally expected for the traditional high season. Two major factors lie behind such flat performance, with the first being the sluggish consumer purchase willingness in Europe and the U.S. due to persistently high unemployment and second the lower-than-expected terminal-product sales in China. However, IT panel price falls have come under control by the end of the fourth quarter of 2010, contrasted against the steadily declining TV panel prices.

With the first quarter being the traditional off season for the global FPD industry and the shortened number of work days in the Chinese New Year holidays in Taiwan, the research project predicts Taiwan's FPD production value will decline modestly to NT$210 billion (US$7 billion) in the first quarter of 2011.

In the first quarter of 2011, the production value of color filter is expected to increase 1% QoQ to NT$27.92 billion (US$930.6 million) due to demand from the tablet PC sector as well as makers' move to produce more touch panels to enhance revenues.

The production value of polarizers, due to the lesser number of workdays in February, is expected to decline 5.2% QoQ to NT$19.44 billion (US$648 million); while that of glass substrates might drop modestly to NT$40.93 billion (US$1.36 billion) if the terminal-product inventory in China is adjusted reasonably.

With demand for terminal products equipped with LED backlighting expected to rise rapidly, the product value of backlight modules is expected to increase to NT$33.62 billion (US$1.12 billion) in the first quarter.