Industry insiders say that the sluggish PTW market in Europe is expected to make Colombia the largest single export nation for KYMCO, which is expected to win a 40% share of the Latin America nation's scooter sales in 2013. 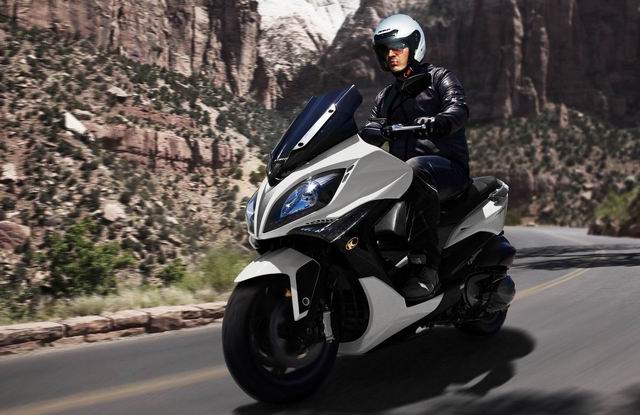 KYMCO`s new ABS-version Xciting 400i maxi-scooter.
C.B. Ko, KYMCO's vice president, points out that his company is very optimistic about more shipments to Colombia, and plans to develop regionally-specific scooter models for it and neighboring nations as Brazil, Argentina, Chile etc.. In the future, Ko adds, Latin America is expected to pull ahead Europe to become KYMCO's largest export market by accounting for more than 50% of the company's exports.

New Frontier
Major PTW makers in Taiwan have been facing increasing pressure due to market maturity in Taiwan, fierce competitions from Chinese makers in the global market, and long-term domination by Japanese brands in Southeast Asia. Latin America, as a result, has become the new frontier for Taiwanese PTW makers to develop exports.

According to KYMCO, many nations in Latin America are seeing rapid economic development with PTWs becoming affordable transportation. High market potential and relatively-fewer assembly factories set up by international PTW brands in Latin America won KYMCO's attention, and the Taiwanese maker has been aggressively developing business deployment in the region to win more opportunities. 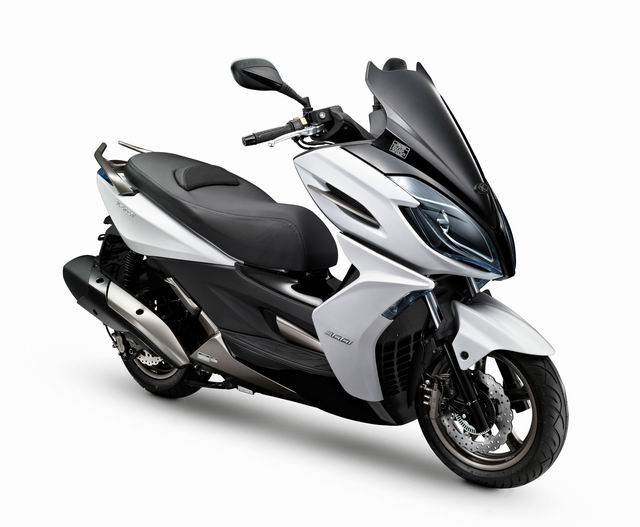 Quality, durability and high cost/performance (C/P)-value underline KYMCO’s competitiveness.
Over 10 years ago KYMCO had begun exporting scooters to Colombia through traders, Ko explains, and in conjunction with local agents' vigorous efforts in the past decade, Colombia PTW market has been rapidly rising in the recent two years. In 2012, KYMCO exported more than 50,000 scooters to the nation, up more than 70% from previous year, and in 2013, KYMCO's total export volume to Colombia is estimated to continue increasing 20% to surpass 60,000 units. Colombia, as a result, will substitute Italy as KYMCO's largest overseas market.

Currently, about 540,000 new PTWs are licensed in Colombia every year, most of which being gear-shift motorcycles rather than continuous variable transmission (CVT) scooters. Sales of higher-priced scooters in the nation, however, have been rapidly rising in recent year thanks to the construction of better motorways and increasing gross domestic product (GDP). In 2013, some 80,000 higher-priced scooters are expected to be licensed in Colombia, including 30,000 KYMCOs, making the Taiwanese brand the No. 1 nameplate in the segment.

In addition to Colombia, KYMCO's export sales have also extended into neighboring Brazil, Argentina, and Chile, etc. Ko claims that if the Latin American PTW market continues to grow, his company may find a local partner for setting up a joint venture, or set up its own assembly factory in the region to further strengthen cost competitiveness.

In Asia, KYMCO's operation in the Philippines has been also enjoying rapid growth along with recovering economic growth in the nation. Currently, KYMCO exports semi-knocked-down (SKD) parts to its Filipino factory for local sales. In 2012, KYMCO sold more than 20,000 new PTWs (mostly scooters) in the Philippines, compared to 7,100 units in 2012, and more than 25,000 units are expected to be sold in the country in 2013.

Going West
KYMCO has been trying to expand its export product lineup to overcome the modest market size in Taiwan. In 2013, the company has developed a 700cc all terrain vehicle (ATV) targeting the U.S. off-road vehicle market. In addition, the maker has also ventured into the medical four-wheel electric scooter business by selling about 6,500 units a year in the U.K. 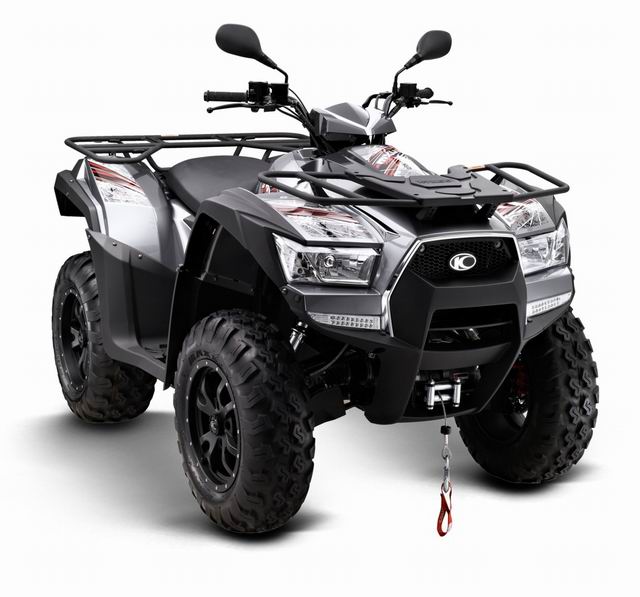 After the government lifted bans to allow yellow-plate PTWs (251cc to 550cc) to run on expressways, sales in the segment, especially scooters, have been growing in northern Taiwan. Currently, KYMCO owns a 40% share of the heavy-duty scooter segment as the most popular brand in Taiwan.