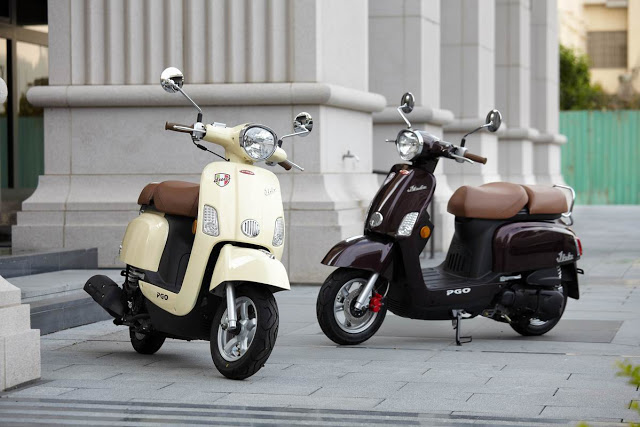 Second-class PTW brands together achieve an eye-catching annual sales volume growth of 34.1% in 2013.

Sales of new powered two-wheelers (PTWs) in Taiwan totaled 667,973 units in 2013, modestly shy of most industry experts' expectations, but a 6.5% increase from the previous year, according to statistics compiled by the Ministry of Transportation and Communications (MOTC).

Industry insiders said that in December 2013, new-PTW sales dropped about 10% from the previous month, hampering the 2013 volume from surpassing 700,000 units, as set by most industry insiders.

Second-class Brands Taiwan's domestic PTW market has long been dominated by the top-three brands to leave a sliver of sub-10% of the market to second-class brands, of which major operators as PGO (Motive Power Industry Co. Ltd.) and Aeon (Aeon Motor Co., Ltd.) have been aggressively developing products and marketing to reverse such trend.

In 2013, PGO, already a major PTW exporter to Europe, almost doubled its previous-year domestic sales volume to more than 20,000 units, the highest record for many years; while the firm claims to challenge an annual goal of 50,000 units in Taiwan.

All major PTW brands forecast that the overall domestic market in 2014 will stay flat  between 650,000 and 670,000 units. Though most of makers expect to stop fierce underselling competition, especially in the 125cc entry-level scooter segment, industry insiders said that strong demand for more affordable models is expected to continue for some time.