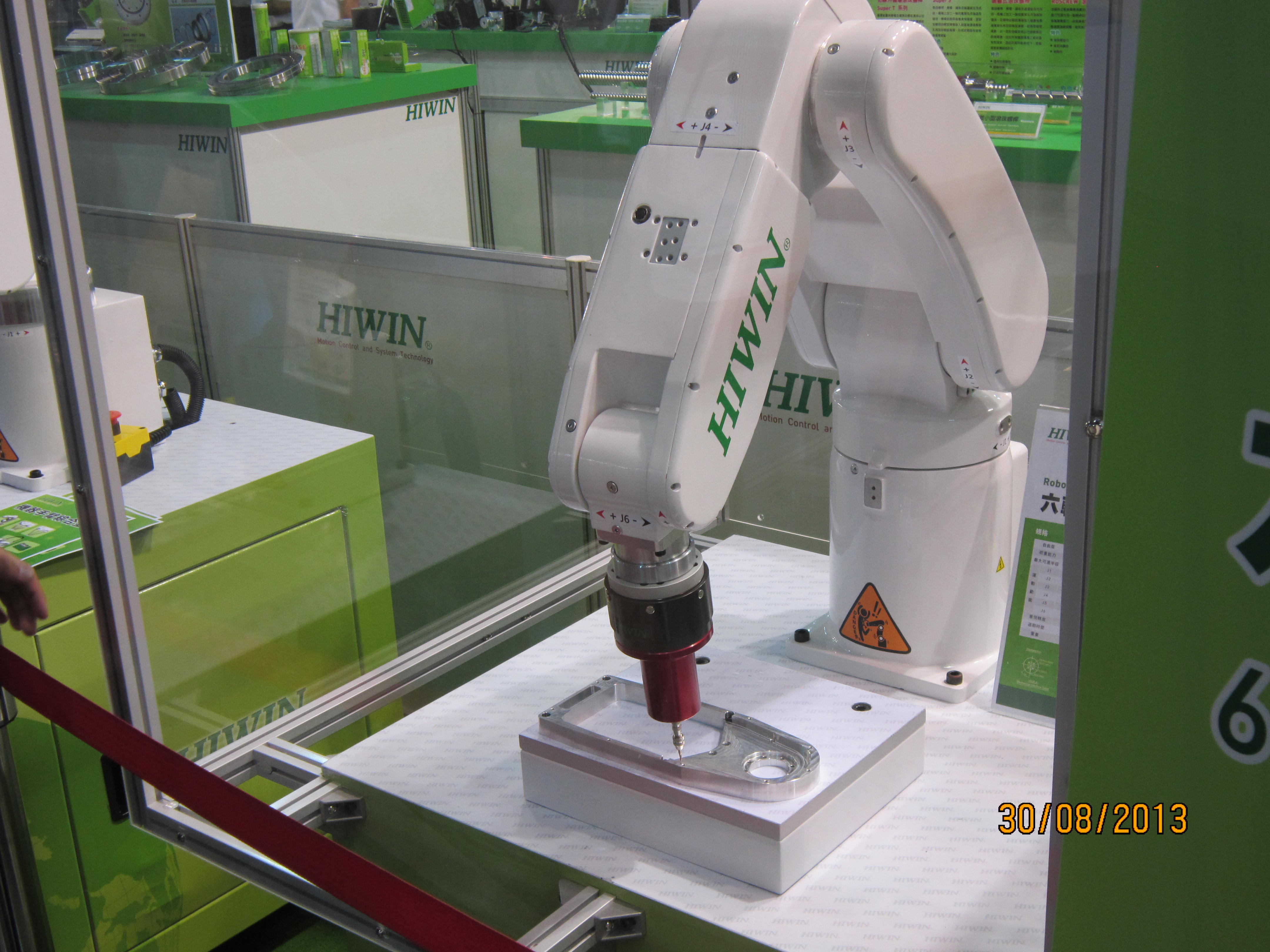 Hiwin is bright about market of intelligent robots.
Hiwin Technologies Corp. Chairman and Chief Executive Officer (CEO) Eric Chuo announced at the company's Jan. 17 yearend banquet that the manufacturer of ballscrews will see sales of intelligent robots more than double this year over 2013 and soon see  revenue reach the US$1 billion benchmark.

Chuo estimates Hiwin and its subsidiary, Hiwin Mikrosystem Corp., will together ship at least 100 articulated robotic arms, spider-shape robots, and horizontal articulated robots combined beginning this July, compared with only around five in January this year.

He noted that the two companies have been developing robots for many years and become the island's first precision-machinery maker to be  ISO13485 approved for medical equipment.

He based the optimistic forecast for 2014 on the return to stateside overseas U.S. intelligent-manufacturing industry and vigorous demand for automation system in China induced by rising labor costs and emphasis on eco-protection.

The company will continue its global expansion strategy this year to build global presence. Last year, the company opened subsidiaries in Italy, Singapore, and South Korea after acquiring local manufacturers. The Singapore subsidiary acts as the company's springboard into the Association Southeast Asian Nations (ASEAN) market, and even the South Asian markets.

In Europe, the company is working on several acquisition deals, with the negotiations in Russia and Republic of Lithuania going smoothly to likely be sealed by the end of this year whereas the talks in Switzerland is slowing down due to disagreement over price.

This year, the company plans to begin constructing a new complex for NT$1.2 billion (US$40 million) in the middle of this year in Suzhou, China, which will serve as the R&D, logistics and precision-machinery manufacturing center,  scheduled to begin operation in 2016. In Germany, the maker plans to kick off building a factory in Offenburg in mid-2014. Its construction project in Taiwan is expected to start in the first half of this year at the Taichung City Precision Machinery Innovation Technology Park.

Chuo said that his company had seen orders surge from the Untied States, Euro Zone,  China, Japan, and Southeast Asia.

Also the chairman of the Taiwan Machine Tool & Accessory Builders' Association (TMBA), Chuo predicted the outlook of the global machine-tool industry to become clear in the second quarter, and that the island's machine-tool industry hinges on the  fluctuations of the Japanese yen and the South Korean won against that of the New Taiwan dollar against the U.S. dollar. Throughout 2013, Taiwan's machine-tool exports had been pummeled by the steep devaluation of yen and won. (KL)