The worldwide wearable computing market is finally expanding beyond early adopter status to more functional and stylish lifestyle accessories. According to new research from International Data Corporation (IDC), wearables took a huge step forward over the past year and shipments are forecast to exceed 19 million units in 2014, more than tripling last year's sales.

From there, the global market will swell to 111.9 million units in 2018, resulting in a compound annual growth rate (CAGR) of 78.4%, the leading global market research firm said.

Complex accessories (e.g., Nike+ FuelBand, Jawbone UP, and Fitbit devices) will lead the wearables market through 2018 as users continue to embrace their simplicity and low price points. These devices are designed to operate partially independent of any other device, but fully operate when connected with IP-capable devices such as a smartphone, tablet, or a personal computer (PC).

"Complex accessories have succeeded in drawing much-needed interest and attention to a wearables market that has had some difficulty gaining traction," said Ramon Llamas, research manager, mobile phones of IDC. "The increased buzz has prompted more vendors to announce their intentions to enter this market. Most importantly, end-users have warmed to their simplicity in terms of design and functionality, making their value easy to understand and use." 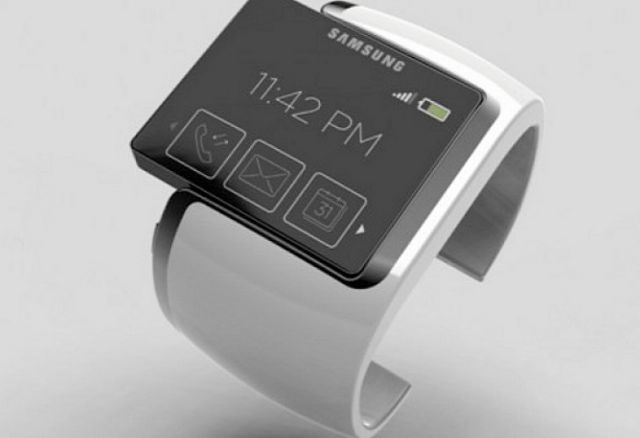 A Samsung smartwatch. (photo from Internet)

Another segment of the market, smart accessories, will gain momentum through the forecast period and surpass complex accessory shipments by 2018. Similar to complex accessories, with their dependence on connecting with IP-capable devices, smart accessories allow users to add third-party applications that boost features and functions for a more robust experience. While not quite ready for prime time, the smart accessory market will continue to mature as users better understand and accept the value proposition and vendors refine their offerings.


The third segment of the wearables market is, IDC said, smart wearables, such as Google Glass, which function with full autonomy, independent of any other device except to access the Internet. To succeed, smart wearable vendors must convince users to shift to a new user experience while offering them a robust selection of third-party applications. It is not a question of "if," but "when" wearables as a whole will extend into the enterprise.


Finally, according to the latest IDC ConsumerScape 360° survey of more than 50,000 consumers in 26 countries, Samsung, which has already unveiled multiple wearable computing devices, was identified as the most trusted brand for wearables, ahead of Apple, Sony, and Google.