Hiwin is Upbeat About Robot Shipments This Year 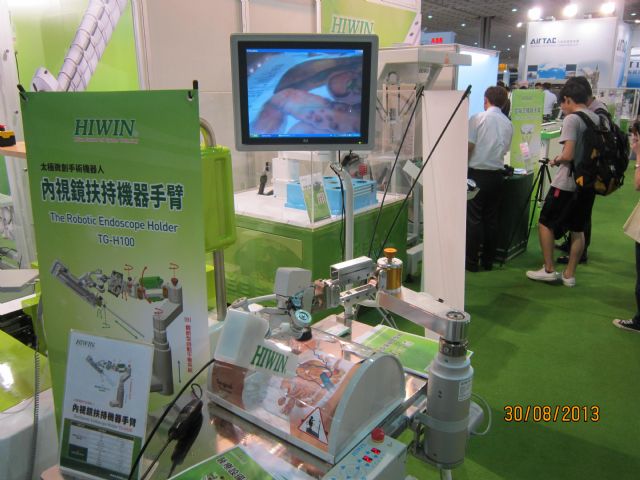 Hiwin comes with a bright picture for its robot shipments this year. (A Hiwin medical robot shown)

Impressed by the sanguine outlook of the robot market, Chairman Eric Chuo of the Hiwin Group recently forecasted its industrial robot shipments to surge to 100 systems monthly in the second half of this year, up from the current five systems.

The sharp shipment increase is predicted to boost robot sales to 10% of the group's 2014 revenue.

Chuo said the group, currently Taiwan's No.1 manufacturer of precision components for machine tools and the world's No.2 supplier of ball screws, has been making robots for some time while citing the Taiwan government's plan to boost the island's automation and robot industry to the scale of NT$1 trillion (US$33.3 billion) a year.

Its Cartesian coordinate robots are under tests at silicon foundry giant Taiwan Semiconductor Manufacturing Co. (TSMC), and the group has begun production of its multi-joint articulated robots, spider robots, and wafer-handling robots this year.

The company has also made progress in heathcare-robotics, having experimented with the prototypes co-developed with the Show Chwan Memorial Hospital in central Taiwan for micro surgery. The leg-rehabilitation robot it develops with the China Medical University in central Taiwan has been verified to meet the ISO1385 standard.

These medical robots will go on sale in both Taiwan and China by the end of this year, making Hiwin the first Taiwanese precision-machinery maker to expand into robot manufacture. (KL)