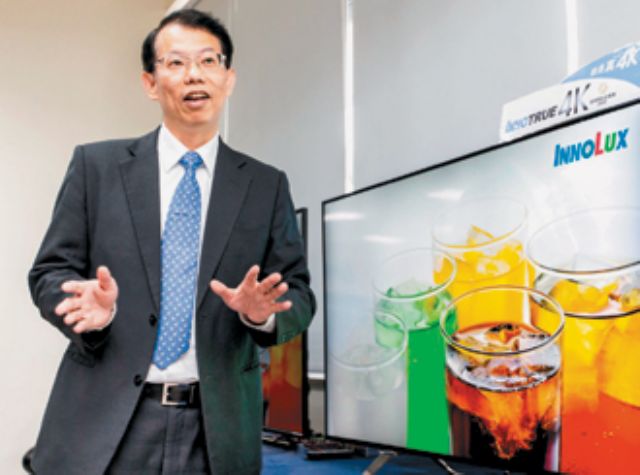 J.C. Wang, president of Innolux (photo courtesy UDN)
Thanks to increased shipments of large-sized (larger than 10-inch) products, the Innolux Display Corp., the largest maker of thin film transistor-liquid crystal display (TFT-LCD) panels in Taiwan, recently reported that its revenues soared 24% to NT$111.06 billion (US$3.7 billion) in the second quarter.

Thanks to the strong demand generated by the 2014 FIFA World Cup soccer games and the sales peak produced by China's May First holiday, Innolux enjoyed a record quarter-on-quarter (QoQ) revenue growth of 24.01% in the April-June period, with shipments of large-sized panels soaring 18% to 37.14 million and small- and medium-sized panel shipments growing 11.6% to 86.9 million.

The strong demand for panels that suppliers enjoyed in the second quarter is expected to continue through the current three-month period. While the quantity of global LCD TV panel shipments is expected to remain at last year's same level, industry insiders said, increasing panel size will consume more production capacity this year, leading to a healthier market.