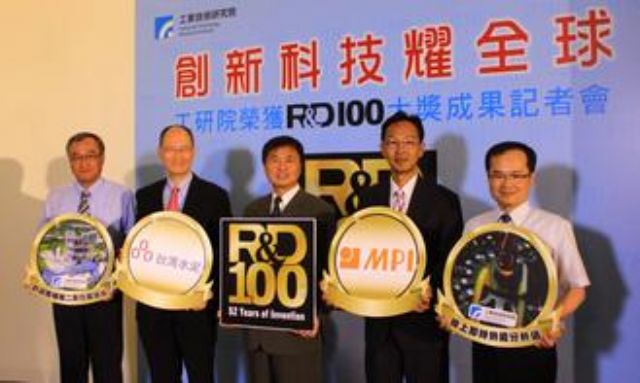 Shyu Jyuo-min (center), president of ITRI, ITRI researchers, and representatives of technology-transfer companies at a celebration in Taiwan for winning two 2014 R&D 100 Awards. (photo from UDN)
The Industrial Technology Research Institute (ITRI), a technology innovation and invention body in Taiwan, once again proves its prowess by winning two of the 2014 R&D 100 Awards, given to the 100 most technologically-significant products introduced to market over the past year. The ITRI is the only Taiwanese winner of the most-coveted technology-innovation awards this year, also being the only Taiwanese body to have done so for the seventh consecutive year.

“These two technologies not only highlight Taiwan's world-class technological capabilities in green energy R&D, but also demonstrate such applications in the cement and LED industries, helping to reduce carbon and boost production efficiency,” said the ITRI. 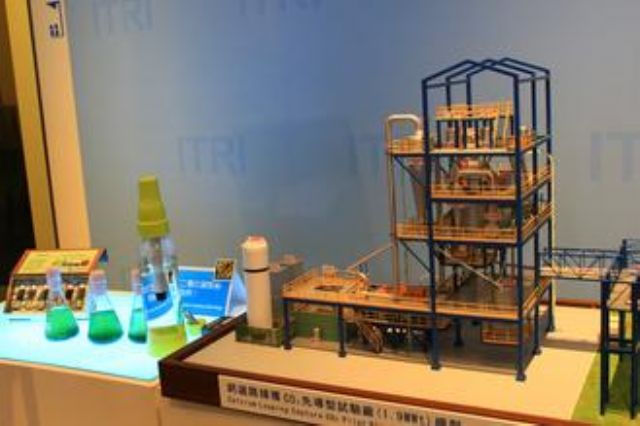 The ICTA is the “most efficient thermal analyzer,” said the ITRI. It can be used in automated LED production lines to boost production speed and accuracy, thus lowering cost and defect rates. The ITRI transferred the technology to MPI Corp., a company in Taiwan developing and making tools for semiconductor testing, last year. MPI plans to commercialize the ICTA this year. 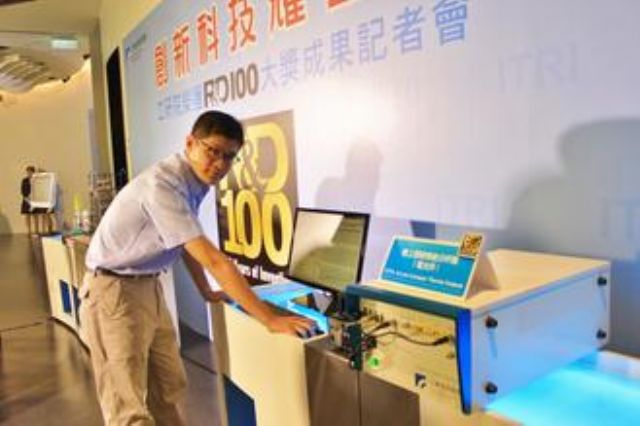 Widely recognized as the “Oscars of Innovation,” the US-based R&D 100 Awards identify and celebrate top technology products of the year.

The R&D 100 Awards have since 1963 honored many life-quality-enhancing technologies, many of which have not only changed lifestyles in the U.S., such as the automated teller machine, but also globally. Calling such innovations “household names” almost trivializes the enormous brainstorming, motivation and resources invested in their developments, for product as the fax machine, precursor to the scanner, enables any individual with a phone line to transmit even complicated graphics in the pre-Net era, with other equally groundbreaking winners including the flashcube, halogen lamp, liquid crystal display, Kodak Photo CD, Nicoderm anti-smoking patch, Taxol anticancer drug, lab on a chip, and HDTV.

With its first participation in the R&D 100 Awards in 2008, ITRI has won 18 such prizes in the past seven years, including four in 2011 and the record seven in 2012. Shyu Jyuo-min, president of the ITRI, expressed gratitude for  the steady support from the Ministry of Economic Affairs (MOEA), especially the Department of Industrial Technology (DoIT) and Bureau of Energy (BOE), coupled with efforts by the inter-disciplinary R&D team at the institute, hence enabling the ITRI to win  the R&D 100 Awards for seven years in a row.

Shyu added that the HECLOT project won the Gold Prize of ITRI's "Outstanding R&D Award" this year, with the ITRI having tied up with the Taiwan Cement Corp. to set up the world's largest calcium looping lab in Hualien, a small community on the eastern coast of Taiwan.