With rapid adoption of the 4K2K, or UHD (Ultra High Definition), technology in the TV market, the 4K LCD TV panel value chain is changing in 2014, according to David Hsieh, vice president, DisplaySearch Greater China.

In technology, developments such as RGBW, M+ (M+ technology, a new version of its RGBW pixel structure) or 1G1D (One Gate One Drain Driving) aim to make 4K LCD panels cheaper, more efficient. In terms of value chain relationships, Samsung Electronics and LGE increasingly use 4K panels from affiliated panel makers Samsung Display and LG Display, who are also stepping up activities in the China market.

Meanwhile, Chinese TV makers are increasing purchases of 4K TVs. Hsieh pointed out that global TV makers plan to purchase 20 million 4K panels in 2014, with panel makers targeting to ship over 20 million 4K TV panels this year. And that H1 results show shipments of only 6.4 million such panels, due to panel makers as AUO, BOE, ChinaStar, Samsung Display, LG Display not meeting targets. 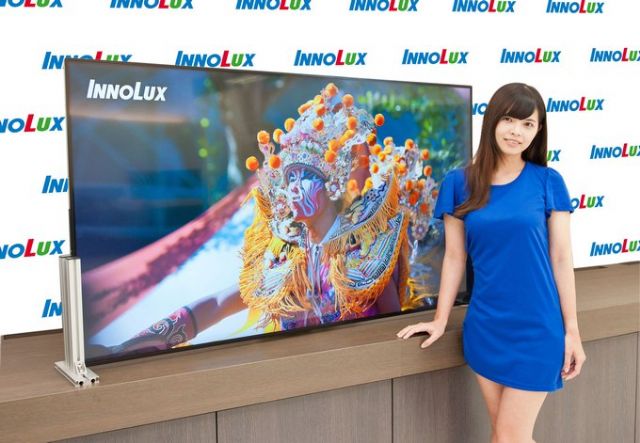 Samsung TV and LGE are projected to purchase 6.1 million 4K panels this year, for  30% of the global total, to make Korean brands the leaders in the 4K market, a change from 2013 when the global 4K TV market was concentrated in China, Hsieh said. The 4K TV market will intensify the competition between Korea and China. Japanese brands (Sony, Toshiba, Sharp, Panasonic) plan to purchase 2.5 million 4K TV panels in 2014, for a 12% share of the global volume. 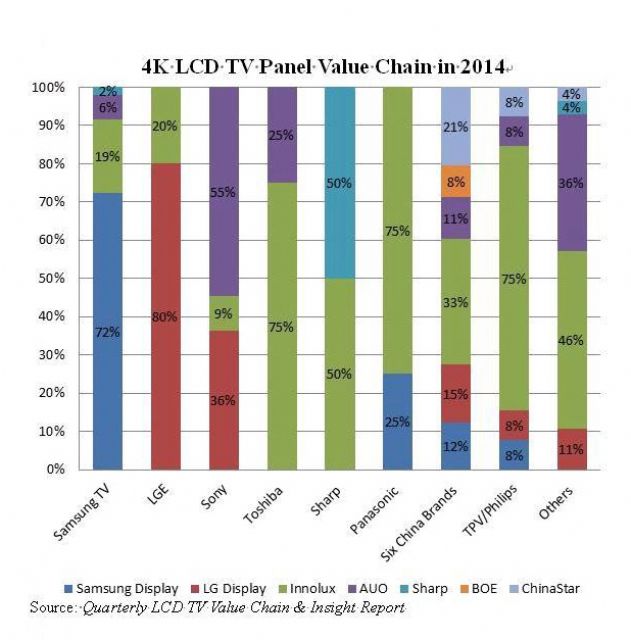 This year, Chinese 4K TV vendors (TCL, Hisense, Haier, Changhong, Konka, Skyworth) are expected to purchase 33% from Innolux, 21% from ChinaStar, 15% from LG Display, 12% from Samsung Display, 11% from AUO and 8% from BOE, resulting in Taiwanese 4K panels to account for 44% but still higher than 27% for Korean panels, with Chinese-produced 4K panels, mainly from BOE and ChinaStar, to account for 29%.

Second-class TV makers in China, including AMTC, Tongfang (with several sub-brands in the U.S.), HKC and KTC, Hsieh said, are rising to become more important customers for panel makers, including for 4K panels.