Hiwin Technology Co., Ltd., a major, Taiwan-based maker of precision components for machines, reported consolidated revenue of NT$1.4 billion (US$47.6 million) for August, up 5% from the previous month and 33.6% year on year to hit a 33-month high. 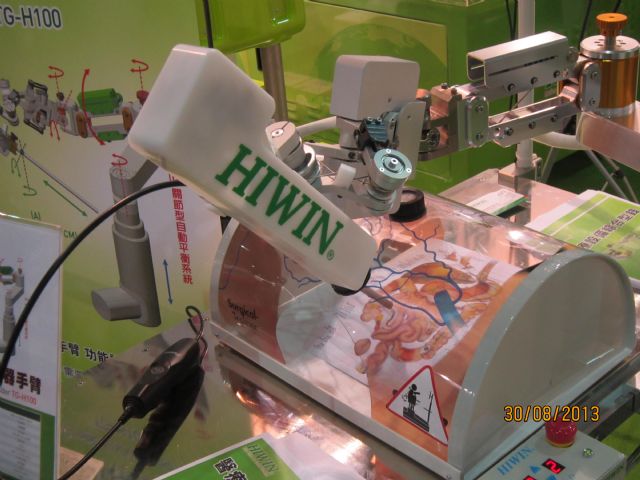 Robots are paying off for Hiwin.

The sources say after years of vigorous investments in industrial robots the company had begun seeing payoff this year. Hiwin executives predict the company to ship over 100 robots a month in H2, turning its robotic business profitable, with robot output to be raised starting September.

The August result has restored investor confidence in the company after the company announced lower-than-expected sales for the second quarter (Q2) of the year.

Taiwan's machine-tool and components makers are upbeat about market outlook in H2 based on increasing demand for intelligent automation and robotics and steadily rising New Taiwan dollar and Chinese yuan against greenback. (KL)