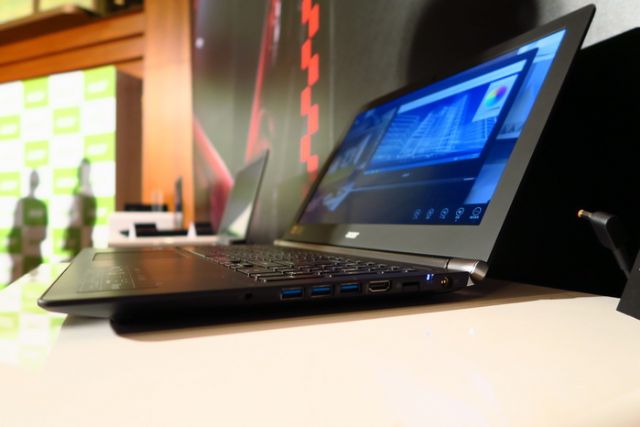 In the past year or so, Huang says, sales of 15- to 16-inch notebook PCs in Taiwan accounted for about 50% of the overall volume, while 17-inch models are also gradually becoming a dominant  size. Acer's in-house consumer analysis shows several factors led to hot sales of larger-screen notebook PCs on the island, including thinner and lighter designs, upgraded computing and graphics, more affordable prices and increasingly popular cloud-based services to enable users to do various work anywhere to drive preference for larger-screen, portable devices.

Industry sources say domestic sales accounted for a tiny percentage in Acer Group's overall income in H1, which is likely to rise past 5% in H2, 2014 driven by the new sales chain distribution.

Acer believes consumers access the Net and watch videos via mobile devices, so better mobility and performance of notebook PCs are expected to further enhance such product's importance, says Huang.

Acer chose not to undersell to win in the over-15-inch notebook PC market to maintain profitability. However, the sub-14-inch market is undergoing ruthless underselling  triggered by world-class international vendors, says Huang. In H2, industry experts forecast  average selling prices (ASP) of notebook PCs to fall more than 3% year on year.