Global shipments of notebook PCs are forecast to increase 3% to reach about 185 million units in 2015, with increased deliveries of about 10 million 11.6- to 12.5-inch models, and 9% increase in business model, according to Topology Research Institute (TRi), a private market researcher in Taiwan.

Replacement-generated demand is expected in 2015 to replace netbooks (similar outlook as for conventional notebook PC but with screen sizes between 7- and 12-inch) bought 2009-2010, and most replacement purchases will be two-in-one (tablet/notebook hybrid) models. TRi said that in Q3, 2014 vendors in turn launched 12-inch notebook PC and two-in-one products, so that shipments of 11.6- to 12.5-inch notebooks could increase some 10 million units in 2015.

Global demand for business notebook is expected to continue, thanks to the replacement demand for six- to seven-year old models, and many enterprises plan to replace employee desktop PCs with conventional notebook or two-in-one models on cost concern. So TRi forecasts a 9% shipment rise of business notebook PCs in 2015. 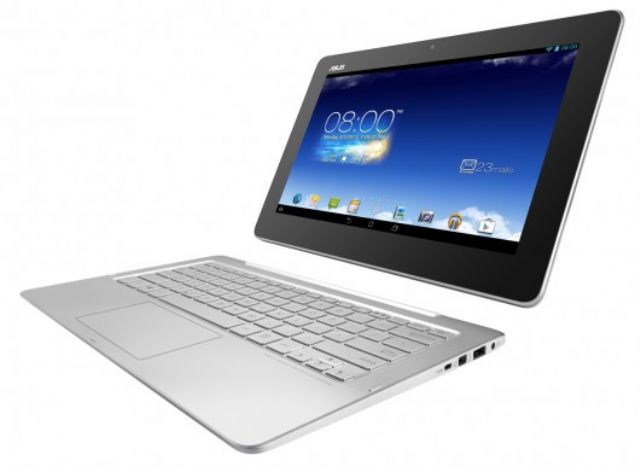 A two-in-one or hybrid notebook PC which may help ramp up business notebook shipments in 2015. (photo from Internet)

Along with recovering market and withdrawal of Japanese and Korean vendors, TRi said that the world's top-five players in the segment could enjoy shipment growths in 2015. For contract notebook PC assemblers based in Taiwan, Quanta Computer Inc. is expected to ship some 49.5 million units in 2015 (45.4 million in 2014), Compal Electronics Inc. 40.1 million (42.2 million), Wistron Corp. about 22.6 million (21.6 million), Pegatron Corp. about 10 million (10.2 million) and Inventec Corp. about 16.5 million (17.1 million). TRi said that Lenovo of China has decided to upgrade in-house notebook PC production ratio, while Acer adjusts order-placing strategy.