Demand for Flexible Electronics to Create Opportunities for Taiwanese Companies

Driven by continued launches of 3C (computer, communication, and consumer electronics) products, including curved TVs by Samsung and LG of South Korea, global demand for flexible electronics has been increasing.

Annual global demand for flexible displays is forecast to soar 247 times to 792 million units by 2020, from about 3.2 million in 2013, according to a recent report released by market research firm IHS. Prismark, another research company, predicts global production value of flexible PCBs to reach US$12.9 billion in 2014, up 7% from the previous year to to top US$15.7 billion by 2017.

Industry sources say that the developing market trend of flexible electronics products will inevitably lead to a new wave of consumer demand, benefiting many Taiwanese companies already in the business or are aggressively trying to jump onto the bandwagon. 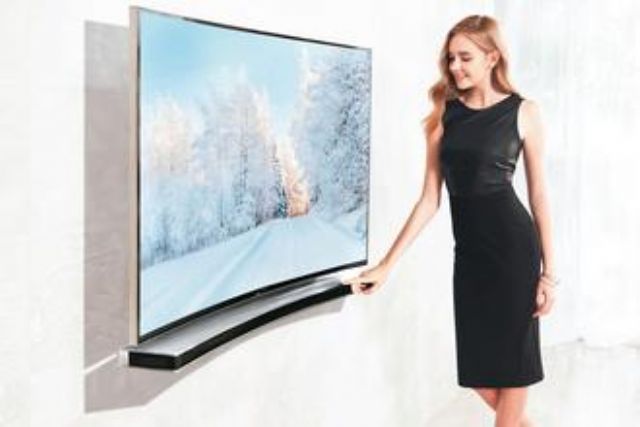 Annual global demand for flexible displays is forecast to soar 247 times to 792 million units by 2020, from about 3.2 million in 2013, according to a recent report released by market research firm IHS. (photo from UDN)

Uneo Inc., provider of ultra-thin pressure sensors, is one such company with high potential in  flexible electronics, being a major supplier of cellphone base, notebook PC keypads, and stylus. Uneo has tied up with Orpyx of Canda in foot-pressure equipment sensing devices, and is scheduled to begin mass production soon with initial quarterly shipments of 4,000 pressure sensors.

Many major Taiwanese information and communication technology (ICT) manufacturers recognize the high potential of Uneo's pressure-sensor products, which feature high cost competitiveness due to volume production, and have been in talks with Uneo on future cooperation.

Global curved-TV display shipments are forecast to reach nearly 800,000 units in 2014 and  exceed 6 million units in 2017, according to NPD DisplaySearch, a display-market research firm. After almost two decades of efforts to make TV screens flatter, curved TVs emerged again last year and will continue growing in the market, with sales of curved liquid crystal (LCD) display TVs to peak in 2016 and increasing shipments of organic light-emit diode (OLED) TVs boosting figures in 2017, the research firm said.

The two major Taiwanese TFT-LCD panel suppliers, AUO and Innolux, have been trying to upgrade profit margins and evade underselling by venturing into  value-added new products. Both  have successfully developed curved 4K2K, or UHD (Ultra High Definition), TV panels and won orders from international TV vendors such as Sony and Philips.