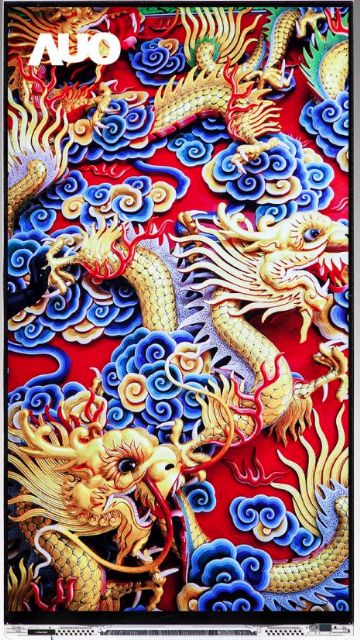 AUO said that it is the first company in the world to mass produce the 6-inch WQHD panel, which uses AHVA (Advanced Hyper-Viewing Angle) technology and low temperature poly-silicon (LTPS) production methods. The displays have a resolution as high as 1440x2560 and 490 ppi (pixel per inch). It's super-high detail and depth brings high resolution video images to life.

AUO claimed that it is dedicated to providing viewers with a brilliant visual experience and delivering display products with even higher quality and performance. AUO has also been strengthening its ability in intellectual property rights and has been a frequent winner of various product and technology awards worldwide.

AUO said that trend in smartphone displays has been toward larger screen sizes, higher resolutions, lighter weight, greater thinness, and improved energy-saving characteristics. The company is confident that its strengths in amorphous silicon (a-si), LTPS, and active matrix organic light-emit diode (AMOLED) technologies will enable it to roll out a comprehensive range of display solutions.