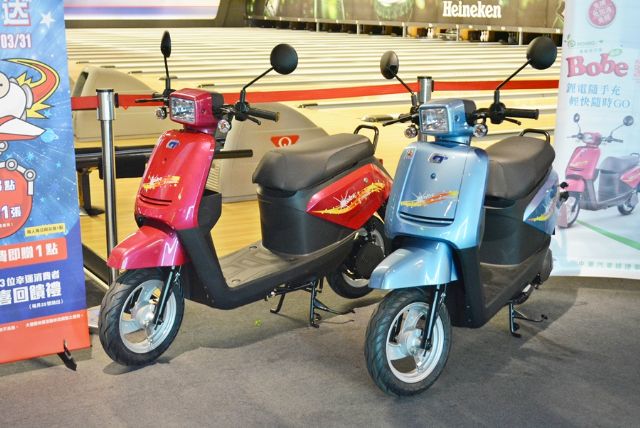 CMC's new e-moving Bobe light e-scooter with lithium-ion battery. (photo from UDN)
To meet increasing demand among short-distance urban commuters in major cities of Taiwan, China Motor Corp. (CMC), the maker of its own line of e-moving electric scooters based in Taiwan, recently launched the e-moving Bobe, an upgraded, lightweight e-scooter with portable lithium-ion battery pack that is easily swapped at battery-swapping stations throughout Taiwan or recharged at home.

In Taiwan, the Bobe can be used without license plate, but is subject to maximum speed of 25 kilometers per hour (kph), to be ideal for short-distance commutes. Earlier such light e-scooters typically used traditional lead-acid battery due to cost concerns, but limited range (often 20 to 30 kilometers) and heavier batteries (inconvenient to  handle) often caused aversion among potential users. As result, CMC has developed the Bobe with lithium-battery to address such shortcomings.

CMC launched the lead-acid battery Bobe in 2014 and immediately won ample response in Taiwan, whose users chose the e-scooter for being exempt from license plate, tax, driver's license; while the new lithium-ion battery Bobe is expected to be even more popular for being lighter, recharge-friendly (due to the small battery pack), and a longer range. CMC says that under a load of 55kg and steady 25 kph, the Bobe cruises a maximum range of 44 kilometers, or 30 to 40 kilometers under usual riding conditions of higher speeds. 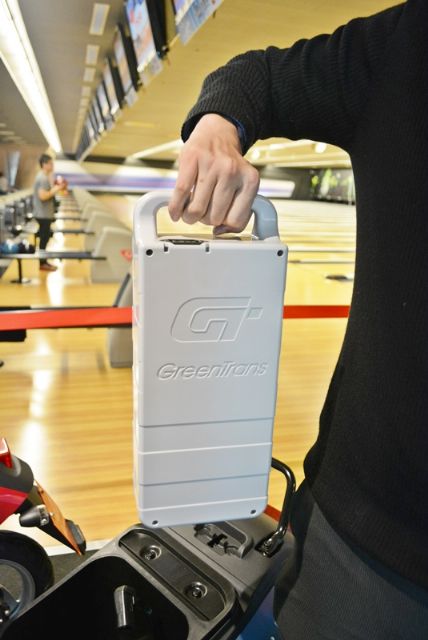 Bobe's lithium-ion battery pack is lightweight and very portable. (photo from UDN)
In addition, CMC stresses, the new Bobe also features very high energy efficiency, equal to 500 kilometer-per-liter of mileage in a gasoline-burning internal combustion engine (ICE). With a 800KW inverter motor to generate amplified torque due to optimized reduction ratio, the new Bobe has the highest hill-climbing capacity of its kind, not to mention a 22 percent weight cut compared to its lead-acid battery version.