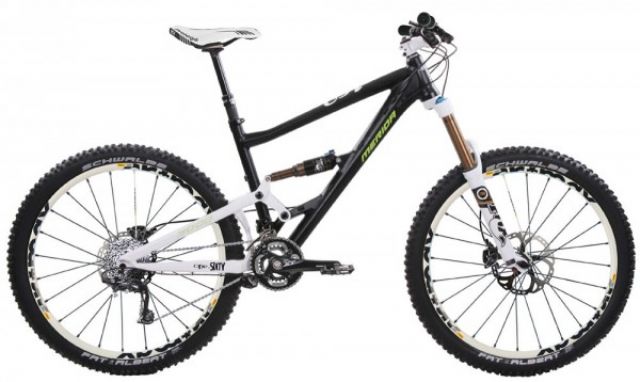 A high-end bicycle made by Merida. (photo from Internet)
Giant, recognized as the world's largest bike maker, had revenue of NT$4.48 billion (US$149.4 million) for December, 2014, up 18.9 percent year-on-year (YoY). In 2014 the group's consolidated revenue totaled NT$60.22 billion (US$2 billion), a 10.8 percent increase from the previous year to set a new record. Giant is very optimistic towards continued revenue growth and expanding global sales in 2015.

With the only exception of Giant Australia, whose revenue stayed flat as that of the previous year, all of Giant's global subsidiaries enjoyed sales gains in 2014. Giant Europe reported the highest YoY revenue increase, followed by Giant North America. In China, Giant China registered a 5 percent revenue increase, driven by the booming market of high-end bicycles having entered stable-growth.

The No. 2 bicycle maker in Taiwan said its sales in Europe saw clear growth of 22 percent in 2014, 5 percent in the U.S., but down 8 percent in China. Merida's global shipments increased 1.6 percent to reached 2.39 million units (from 2.35 million in 2013), including more than one million units sold in China.