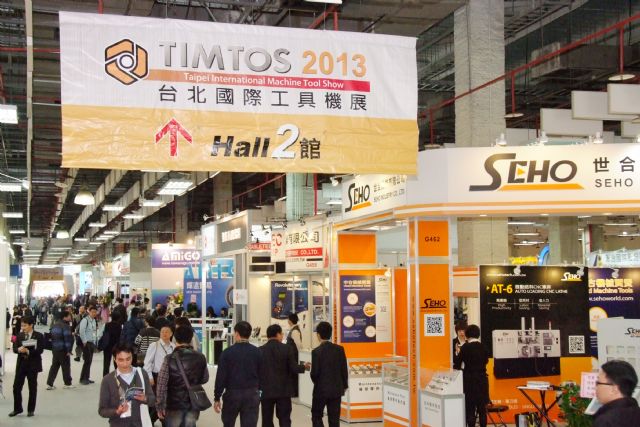 Leaders of industry look to TIMTOS 2015 for new orders and upbeat prospects.

They look to the Taipei International Machine Tool Show 2015 (TIMTOS 2015), held March 3-8, to create promising opportunities as the global automobile, aircraft, and information-technology industries pick up.

Goodway along with its subsidiary, AWEA, has landed steady orders from mainland Chinese, American and European makers of car and motorbike components since shifting to rolling out machine tools to make automotive components from ones for consumer-electronics, communications, and computer components few yeas ago.

Goodway and AWEA received over NT$400 million (US$12.90 million) and NT$300 million (US$9.67 million) or so of orders, respectively, this January. However, deliveries will be delayed until February or March because orders were received late, customers had not inspected goods, and American west coast dock workers went on strike.

Roundtop executives say the company still has at least NT$600 million (US$19.35 million) of orders for customized heavy-duty double-column machine tools. With lead time of usually three to six months, the maker's orders received in January would keep its production lines humming throughout June.

Shieh Yih executives say the company still has NT$1.3-1.4 billion (US$41.93-45.16 million) of undelivered orders mostly for mid- and large-size pressing machines, which will keep the company's production lines humming throughout June.

Anemic sales in the American market in Q4, 2014  led to revenue slump in January at Falcon, which expects revenue to further drop in February due chiefly to the weeklong Chinese New Year.
(KL)