Some 21,898 projectors were sold in Taiwan in Q4, 2014, up 2.2 percent year-on-year (YoY) and 3.0 percent quarter-on-quarter (QoQ), according to statistics released by IDC Taiwan, local subsidiary of the global provider of market intelligence. 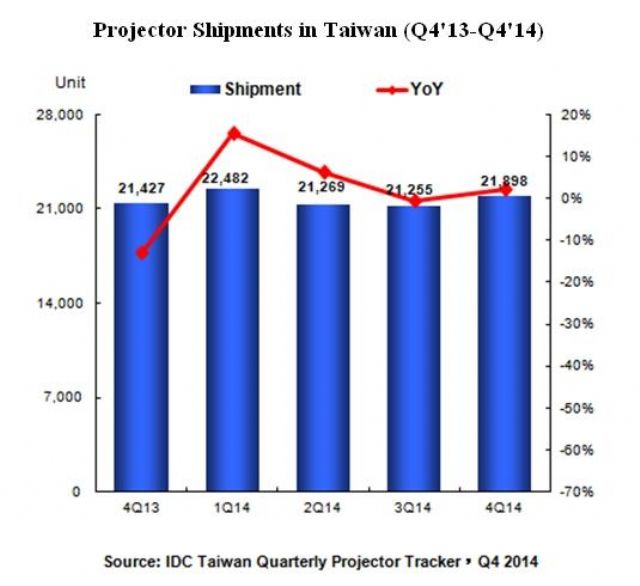 Regarding resolution, extended graphics array (XGA: 1024 x 768 pixels) models took a market share of about 69 percent thanks to increased shipments of educational-use projectors.

Epson, NEC, Optoma, BenQ, Vivitek were the top-five brands in Taiwan's projector market in Q4, 2014, commanding a combined share of 82.2 percent, with the long-term leader Epson winning a 29.5 percent share.