Taiwan's Machinery Exports Down a Second Month in April 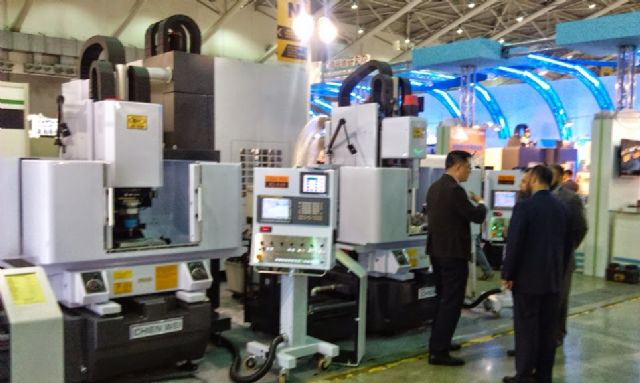 Taiwan's machinery exports declined year-on-year for a second month in April due to a recently stronger NT-dollar relative to Japanese yen and South Korean won against U.S. dollar, according to the Taiwan Association of Machinery Industry (TAMI), which represents around 3,000 local machinery manufacturers.

Taiwan's exports were US$6.51 billion throughout the first four months, inching up only 0.9 percent from the same period of last year, or NT$205.30 billion (US$6.62 billion) in NT-dollar, with industry executives fearing such exports will likely drop in the Jan.-May period.

Industry executives attribute the export reduction mostly to the relatively steeper devaluations of South Korean won and Japanese yen as well as the rallying NT-dollar, which depreciated favorably in April but has risen in May to render Taiwanese exports less competitive.

In the first quarter of this year, most of the island's leading machine-tool makers saw earnings drop due to losses from foreign exchange transactions. TAMI Chairman B.X. Ke suggests that the government let the NT-dollar-to-greenback value devalue to 33:1 to shore up Taiwan's export competitiveness.

The depreciated yen has made Japanese-built high-performance machines much more cost-effective, which only further enhances their marketability. Japanese machinery is typically regarded as being higher quality relative to Taiwanese counterparts.

South Korean makers, in addition to steeper depreciation of the won, also benefit from Free Trade Agreement (FTA) the country has signed with major economies including the U.S., European Union, and mainland China.

Another threat looming is from mainland Chinese manufacturers that continually wrest shares from Taiwanese manufacturers of low-end, mid-range machine-tools. Such trend is generally inevitable as mainland Chinese operators gradually learn via cooperation with and working for Taiwanese makers, to slowly gain capacity and duplicate technologies to set up their own business. Similar processes happen in Taiwan among all kinds of businesses.

Ke says the island's machinery industry faces unprecedented difficulty and the earlier touted projection for the industry's revenue to top NT$1 trillion (US$32.25 billion) may be more hopeful thinking than realistic prospects. He urges the Taiwan government to accelerate negotiations with China to include the island's machine-tool sector in the Cross-Strait Agreement on Trade in Goods, which is based on the Economic Cooperation Framework Agreement (ECFA) signed bilaterally in 2010, to offset impact from South Korea's trade agreements.