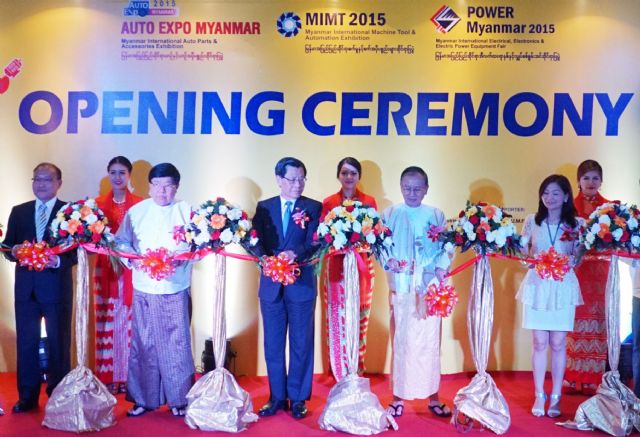 According to TAITRA, the three trade fairs together drew around 130 exhibitors from 12 countries, including China, Germany, the U.K., India, Japan, South Korea, Singapore, Thailand, Indonesia, Vietnam and Taiwan, to have totally used some 200 booths. During the four-day run, the three-in-one event attracted 4,338 buyers from 14 nations, with Myanmar, Thailand, China, Vietnam and Singapore being the top-five buyer sources. 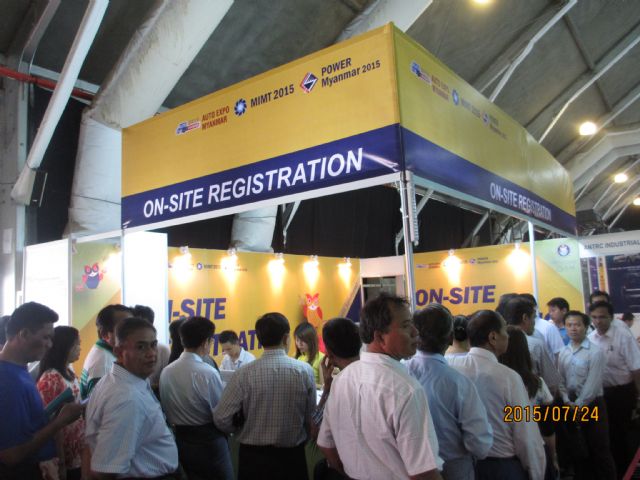 To highlight Taiwan's capacity for superior product design to visitors at the venue, TAITRA set up the special exhibition area “Taiwan Excellence,” where 146 award-winning products from 65 Taiwanese brands were demonstrated and promoted.

TAITRA also arranged over 770 one-on-one meetings between exhibitors and invited buyers from Yangon, Mandalay and Mawlamyine, in expectation to create onsite and post-show business opportunities of up to US$24 million.

Chairman Francis Liang of TAITRA and chief executive officer Peter Huang presided over the collective opening ceremony for the three exhibitions, along with H.Y. Chung, chairman of Chan Chao International Enterprise Group, a Taiwan-based exhibition service provider with membership in the UFI (the Global Association of the Exhibition Industry) and a co-organizer, and H.C. Lee, director of Taiwan Transportation Vehicle Manufacturers Association.

Designed to boost Myanmar's economic development, the three trade fairs were clearly endorsed officially in the country, as reflected by the presence of high-profile personalities as Nyan Tun Oo, Yangon Divisional Minister for Electrical Power and Industry; Win Aung, president of the Union of the Myanmar Federation of Chambers of Commerce & Industry (UMFCCI); and Dr. Aung Thein, deputy head of Myanmar Industries Association, who attended the ribbon-cutting ceremony together with the show organizers mentioned above, witnessed by over 100 local officials, personalities and industry experts.

In his opening speech, TAITRA chairman Liang emphasized that the AEC bloc is an emerging regional market with strong growth potential that Taiwanese suppliers should develop and tap as early as possible to get a head start on seizing any available opportunities. The AEC that covers Southeast Asian nations with total population of 600 million people is expected to become the world's fourth-largest economy by 2050.

Ever since setting up a foothold in Yangon in 2013, TAITRA has actively arranged various activities to promote Taiwan-made products in Myanmar, and organized trade shows in association with Chan Chao for three consecutive years. Such efforts have resulted in TAITRA, a non-profit organization, having helped drive bilateral trade between Taiwan and Myanmar to US$328 million last year, sharply up 16.7 percent over 2013. Noteworthy is that Myanmar has just opened its trade office in Taipei in late-June. 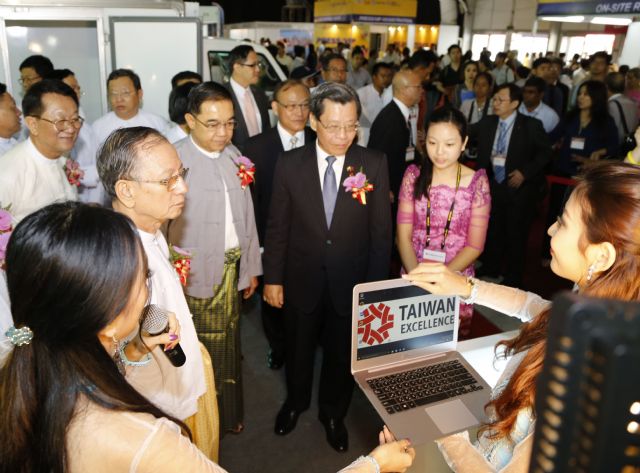 Asus’ Zenbook US305 laptop demonstrated at the Taiwan Excellence exhibition area of the 3-in-1 trade fair. (photo courtesy of TAITRA)