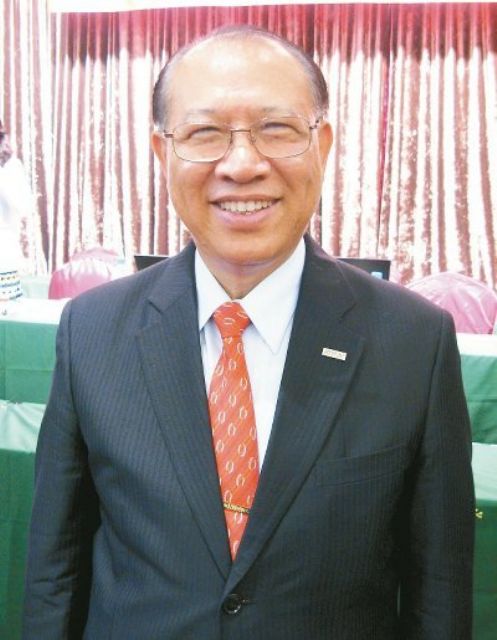 Eric Cho, chairman of Hiwin Technologies and Taiwan Machine Tool & Accessory Builders' Association.
According to statistics released by the Customs Administration under the Ministry of Finance (MOF), Taiwan exported US$1.91 billion of machine tools in the Jan.-July period, down 10.4 percent year on year. In July, the exports sank 17.2 percent from the same month of last year, to US$269 million, with the shipments to mainland China contracting 25.5 percent and the shipments to the United States plunging 31.9 percent year on year.

Chairman Eric Cho of the Taiwan Machine Tool & Accessory Builders' Association (TMBA) blames the declines on the steep devaluations of the South Korean won and the Japanese yen versus the U.S. dollar, coupled with the slowing economy of mainland China, which is the biggest export destination for Taiwan's machine tools.

Cho is quite cautious about the market outlook for Taiwan's machinery industry in the second half of this year, but points out that sales of industrial robots and automation systems may offset sagging sales by machine-tool makers.

Such projects helped the company's consolidated revenue for the second quarter increase 18.8 percent from the previous quarter. Hiwin is a globally leading manufacturer of linear guideways and ball bearings used in precision machines including robots.

The company expects its robot shipments to Japan to increase soon once it completes dealership negotiations with a Japanese optics manufacturer.

Cho estimates his company's revenue from robot and automation sales to grow further in consideration of steadily rising installations of automated production lines at mainland Chinese manufacturers from various industries who attempt to cope with increased labor costs, as well as unwillingness among rural residents to work as migrant labor as living standards and economic prospects improve in smaller inland cities.

His company, he says, will aggressively promote robot sales in the second half and expects stellar results in the fourth quarter.

Nevertheless, the company's consolidated gross margin ratio of 35.87 percent for the second quarter represented a decrease of 3.3 percentage points from a quarter earlier and 3.37 percentage points from 39.24 percent a year ago, due to proportional shift of both product mix and market as well as revaluation of the NT-dollar against the U.S. dollar and the euro.

He estimates the company's gross margin ratio to remain 35 percent throughout this year if the NT-dollar continues devaluing in the fourth quarter.

Cho feels the NT-dollar-to-greenback ratio should weaken at least to 34-to-1 so that Taiwan's industries including machine tool, precision machinery and electronics can better compete with South Korean and Japanese rivals.

He thinks the recent steep devaluation of the renminbi, or Chinese yuan, will only help the mainland's machine-tool manufacturers specializing in low-end and middle-range products to attract orders from comparable Taiwanese manufacturers.