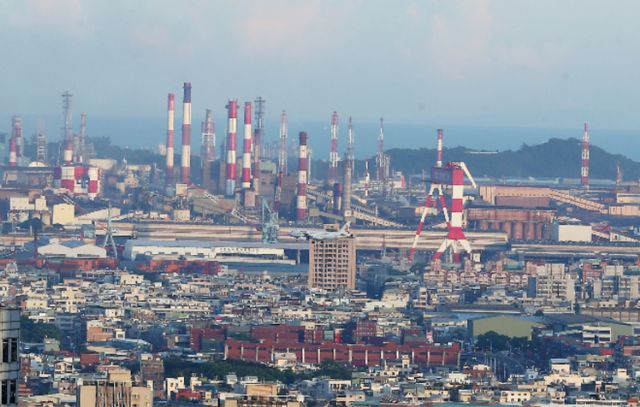 CSC is expected to announce higher nominal steel prices for Q4 relative to Q3. (CSC’s plant in Kaohsiung, southern Taiwan shown; photo courtesy of UDN.com)
Amid optimism towards recovery of the global steel market, Taiwan-based China Steel Corp. (CSC), the island's largest steelmaker by size, is widely expected by market observers to raise its nominal prices of domestically-sold steel for Q4 on August 26, when the firm will announce new prices.

The reported expectation for higher steel prices to be charged by CSC in Q4 than in Q3 makes sense, given that the global steel market has gradually turned around for a couple of reasons, including downstream manufacturers actively restocking to prepare for the upcoming high season during Q4, and continuously rising steel prices quoted by Chinese steelmakers.

As yet to confirm higher steel price to be applied in Q4, CSC has made some comments on the current market situations to suggest such intention. The firm indicated earlier that there is no room left for further drops in steel prices in Q4 after three consecutive quarters of declines, especially when the final quarter being a traditional peak season for the global steel industry. Besides, the firm noted that market demand has gradually regained steam due to downstream manufacturers' restocking of inventory, which in turn will sustain steel prices in the months to come.

More positive market development to sway CSC to make up its mind to sell steels at home for higher prices during Q4 is the significant turnaround of China's steel industry. This July, China exported some 9.73 million tonnes of steels, sharply up 20-plus percent over the same period of last year, adding to its cumulative exports of over 62 million tonnes for the first seven months of this year, surging by 26.6 percent year-on-year, to which institutional investors generally attribute the recent plunge in the renminbi-to-U.S.-dollar exchange rate.

With many news reports pointing to the Chinese government's recent sudden devaluation of the renminbi against the greenback as remedy for its sluggish export growth, coupled with the People's Bank of China justifying such move as merely allowing market forces to play bigger role in the renminbi's valuation, market observers opine that China's steel industry will likely see its export again hit a record high this year after nearing 100 million tonnes last year. With China being a major producer and consumer of steel globally, such development will solidly drive growth in the global steel industry.

Noteworthy is that the devalued renminbi not just enhances price competitiveness of China's exported steels, but, from another viewpoint, results in bonus in the form of cheaper raw materials for steelmakers in other countries. Institutional investors point out that with China the world's largest importer of iron ore, with import dependence ratio for the raw material exceeding 80 percent for the time being, depreciating renminbi raises cost of imported iron ore to China, which may curb Chinese steelmakers' demand for the material to some extent. Under the scenario, international prices of iron ore will likely keep dropping when demand in China wanes, to benefit CSC and its peers all over the world.

Affected by the bearish global steel market and weak steel prices, CSC posted revenue of NT$23.94 billion (US$760 million) for July, diving 21.9 percent from last July, with monthly shipment volume of about 920,000 tonnes, including 150,000 tonnes of steel billets to its subsidiary Chung Hung Steel Corporation.

For the first seven months of this year, CSC's cumulative revenue reached NT$178.306 billion (US$5.66 billion), dipping 17.2 percent from the same period of last year.

During July-August, CSC's steels, except wire rods and galvanized steels, are being sold for 1.4 percent less than June, also a negative factor among others to have tarnished its performance in July.