Consumer-unfriendly pricing is the main cause to the disappointing result 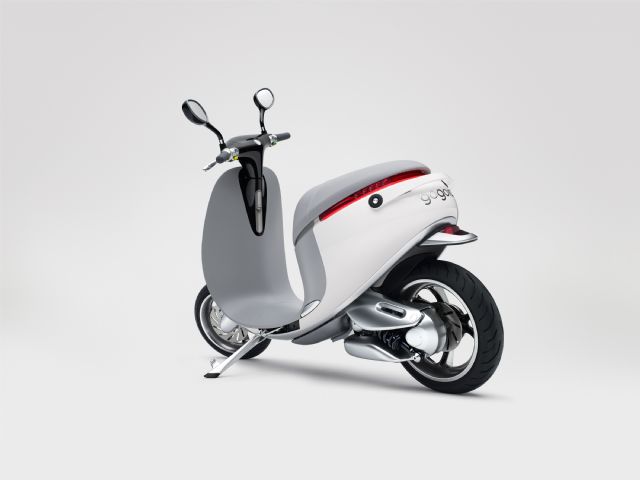 Gogoro Smartscooter, a high-performance, battery swappable, smart e-vehicle to run on the Gogoro Energy Network, on sale in Taiwan since July. (photo from Gogoro)
It seems that Taiwanese motor scooter buyers are not sufficiently moved by the slick styling nor envision the same eco-friendly personal transport landscape as the maker of the electric Gogoro Smartscooter, whose delivery totaled only 36 units in July on the island, representing only a 6 percent market share in Taiwan, far less than that registered by the long-term No. 1 e-scooter vendor CMC, which sold 412 units in the month.

Gogoro Inc., a young and innovative Taiwanese company targeting to transform energy distribution and management in megacities, introduced the Gogoro Smartscooter, the world's first high-performance, battery swappable, smart electric vehicle together with the Gogoro Energy Network, an advanced battery-swapping infrastructure for cities, in early 2015. Then the technology firm announced in late March to make Taipei City and New Taipei City of Taiwan as the pilot market for the Gogoro Smartscooter and Gogoro Energy Network, set to be available this summer. Gogoro has also been operating the Gogoro Experience Center, a flagship store in the upscale shopping district surrounding the Taipei 101 skyscraper in the Xin-Yi neighborhood, which promotes hands-on interaction with the Smartscooter.

Gogoro, however, pointed out that more than 400 buyers who had pre-ordered Smartscooters have deferred their purchases as they wait for the impending subsidies from the government, which partly explains the lackluster sales in July. The e-scooter maker expressed confidence in improving on such disappointing sales after August.

Industry sources say that e-scooter sales in July, a traditional peak month for new-powered two-wheeler (PTW) sales in Taiwan, were relatively weak, totaling only 574 units, or about half of the average July e-scooter sales volume. They attribute such weak demand to slow progress in policymaking regarding e-scooter subsidies by the government.

Several months ago, news reports stated that the Taiwan Cabinet or executive ministry had planned to subsidize e-scooter purchases, to pay each owner of two-stroke PTW about US$200 to US$266, and each e-scooter buyer US$100 to US$166, but the policymaking has been advancing slowly. To make the situation worse and reflecting the government's semi-serious effort, they added, such meager subsidies have had the opposite effect, to instill hesitation among buyers instead of encouraging e-scooter buying as intended by subsidies.

While the Environmental Protection Administration (EPA) has publicized such subsidies program and plans to commission local governments for implementation, the details of which remain in the air, a scenario that leaves local e-scooter vendors with no choice but to wait.

Another major reason for the anemic Gogoro Smartscooter sales volume in July, industry insiders say, undoubtedly, is the price range of the green e-scooter.

Apparently infected by the "Tesla phenomenon" where typically only well-heeled, die-hard tree-hugging consumers would consider the American-made premium e-sports sedan that retail for over US$100,000, prices for the Smartscooter probably sap enthusiasm among Taiwanese buyers, despite attracting attention from global consumers and industry observers. In a recent press conference, Horace Luke, co-founder and CEO of Gogoro, announced that the first Smartscooter will retail for NT$105,000 (US$3,500) in Taiwan (excluding the government subsidies), coupled with a bonus: in the first month buyers are eligible for free monthly battery swapping (without time limit), maintenance, and roadside assistance for two years. The original price announced previously by the maker for a standard Smartscooter is NT$128,000 (US$4,266) and NT$138,000 (US$4,600) for the upscale Plus Smartscooter, excluding the lithium-ion battery pack. However the CEO stressed that with the incentive, owning a Gogoro Smartscooter is more economical than a 125cc internal combustion engine (ICE) scooter, a projection that likely takes into account savings in gasoline, upkeep over the long-run but neglects the inconvenience of shorter cruise range, lack of extensive battery-swapping points, uphill climbing capacity, disadvantages of which obviously swayed purchasing decisions in July.

Trying to make a further point for the affordability of the Smartscooter, Gogoro said the e-scooter has won the TES (Taiwan E-Scooter Standard) certification, so buyers qualify for another US$333 in subsidies from the government.