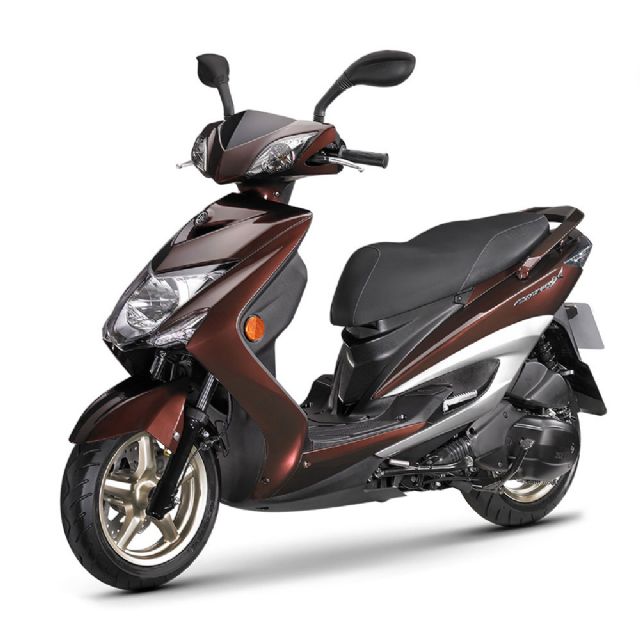 A new scooter model recently launched by Yamaha Taiwan
Sales of new powered two-wheelers (PTWs) in Taiwan continued a recovering trend in August, increasing 10.7% year-on-year (YoY) to 61,445 units, according to statistics compiled by the Ministry of Transportation and Communications (MOTC).

The MOTC's data shows that new-PTW sales in the first eight months of the year totaled 470,880 units, a 4.0% YoY increase.

Industry sources attribute the continued sales increase of new PTWs on the island to the release of new models by major vendors and the peak demand summer vacation season.

KYMCO said that its production lines were busy with models for exports, and the delayed demonstration of the new VJR 125 scooter model also led to decreased monthly sales volume in the domestic market. For the first time in three years, KYMCO's domestic market share fell to lower than 40% in August. However, the vendor's first-eight-month market share was still as high as 41.1%, pulling ahead major rivals with a certain distance.

Motive Power Industry Co. Ltd. (PGO) delivered 3,629 new PTWs, up 32.9% YoY, slowing from the company's more than 50% gains in previous months, but still a record high for many years.