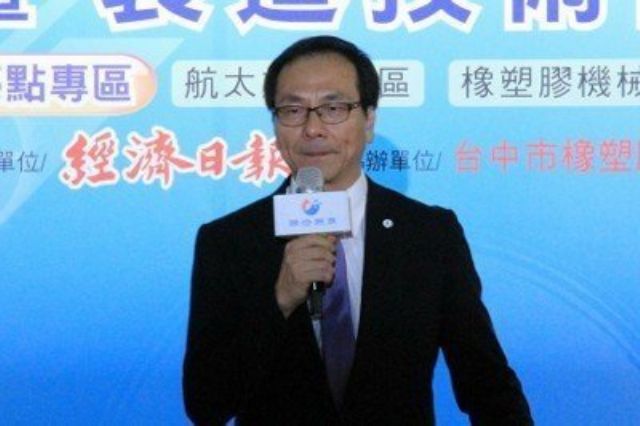 N.J. Lin, vice president and spokesman of Taiwan's largest aircraft maker AIDC, which became a private firm in 2014.
Aerospace Industrial Development Corp. (AIDC), the largest aircraft manufacturer in Taiwan, recently celebrated its first anniversary since becoming a fully privatized company. To show its determination to pursue high-speed business growth, the company decided to recruit more than 100 new employees, while turning the existing 500 to 600 part-time workers into full-time employees. Such move, according to AIDC, is expected to solve the chronic personnel shortage in the local aerospace industry.

N.J. Lin, vice president and spokesman of AIDC, pointed out that thanks to its privatization in 2014, now AIDC is no longer bound by maximum recruitment limit as set by the government. In addition, AIDC has successfully carried out its initial public offering (IPO) in Taiwan, which is expected to attract more talented professionals to join the company's future business development. Regarding turning 500 to 600 part-time or temporary workers into full-time employees, Lin said that the move will not saddle AIDC with higher cost as the firm has been paying such workers the same salaries.

As of the end of April, AIDC's payroll totaled 3,581 people, whose average age is 49.3 years. The new recruitment plan is expected to help lower the average age, and vitalize the company's workforce.

Amid booming development of the global aerospace industry, Lin said, AIDC is carrying out three major investment projects, including the construction of AIDC's third engine-nacelle production factory in southern Taiwan's Gangshan; the construction of the new composite-material facility at AIDC's headquarters in Taichung, central Taiwan; and a new plant for military-aircraft repair and maintenance to be also in Taichung. The three projects will be completed in-turn in 2016 and 2017, to create more demand for new employees.

At the 2015 Paris Air Show held in June, AIDC signed agreements with major aircraft-engine makers GE of the U.S. and Rolls Royce of the U.K. for four 13-year orders to supply the new-generation Leap engine nacelle parts. The Leap engine will power the next-generation Boeing B737max and Airbus A320neo airplanes.

Bright Future
AIDC's decision to expand production scale and increase employee number was also made in conjunction with the vigorous development of the global aerospace market.

According to a new market prospect report released by Boeing, the world's largest commercial aircraft maker, the forecast is for long-term demand of 36,770 new airplanes, valued at US$5.2 trillion. Boeing also projects that 15,500 of these airplanes (42 percent of all new deliveries) will replace older, less efficient airplanes. The remaining 21,270 airplanes will be for fleet growth, which stimulates expansion in emerging markets and development of innovative airline business models.

Single-aisle airplanes, Boeing said, would continue to command the largest share of the market. Approximately 25,680 new single-aisle airplanes will be needed over the next 20 years. Fast-growing low-cost carriers and network carriers pressed to replace aging airplanes drive single-aisle demand. The wide-body fleet will need 8,600 new airplanes. The new generation of efficient wide-body airplanes is helping airlines open new markets that would not have been economically viable in the past, Boeing added.

The American airplane maker also noted that growth in many emerging markets continues to outpace that in developed economies. Momentum has slowed, however, in recent quarters, with weakened demand from developed economies and withdrawal of government stimulus. Strengthening demand in Europe and the U.S. is expected to boost exports from emerging economies. Economic prospects in Asia will be shaped by capital rotation out of emerging markets, key elections in several countries, and the pace of domestic macroeconomic reforms.