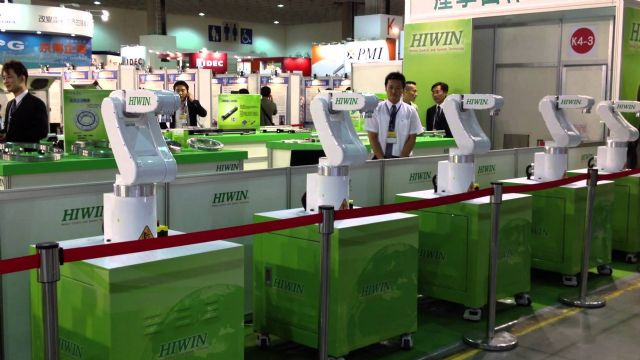 Robots are expected to boost Hiwin's Q4 revenue.
The Taiwan-based Hiwin Technologies Corp. announced consolidated revenue of NT$1.19 billion (about US$37.37 million) in August, down 9.5% from the previous month and 16.3% lower year-on-year (YoY).

Regardless of the weak August revenue, industry executives put the company's revenue for this year at around NT$16 billion (US$500 million), outstripping its last peak set in 2011. Average gross margin is projected to maintain at 35%.

Hiwin is recently reported to have won a huge order from a Taiwanese maker in mainland China for 200 units of its articulated robot, with 40 of which set to be shipped in October.