Thanks to cyclist-friendly weather in major export markets such as Europe and the U.S., many Taiwan Stock Exchange (TWSE)-listed assembled-bicycle and parts makers reported record-high revenues in the first three quarters of 2015, with institutional investors predicting also these companies to likely achieve whole-year revenue records.

Merida Industry Co., Ltd., recognized as the second-largest bicycle maker in Taiwan, reported accumulated consolidated revenue for the first three quarters of NT$21.73 billion (US$724.3 million), up 7.8 percent from a year earlier, or year-on-year (YoY) and a new record high for the period in company history. The company attributed its record-hitting revenue to smooth shipments of high-end bicycles to major customers in Europe and the U.S.

Some institutional investors forecast Merida's third-quarter earnings to hit quarterly high this year, thanks to depreciation of the NT-dollar against the U.S. greenback, and that the bicycle maker will continue to enjoy YoY revenue growth in the fourth quarter, which is a traditional off season.

Giant, recognized as the largest assembled-bicycle maker in Taiwan, had consolidated group revenue of NT$46.92 billion (US$1.56 billion) in the first three quarters, up 2.03 percent YoY, a record high for the same-period for the company.

Institutional investors said that the Chinese high-end bicycle market still shows no sign of recovery, so both Giant and Merida are forecast to see 10 percent sales in the major market this year. However, they added, the increasing exports to Europe and the U.S. are expected to bring revenue growth to the top-two Taiwanese players this year.

Ideal, recognized as the third-largest assembled-bicycle maker in Taiwan, points out that it has been winning increasing export orders after the company's Chinese factory in Dongguan, Guangdong Province, had been excluded from anti-dumping tariff by the European Union (EU). In the first three quarters, the company had accumulated consolidated revenue of NT$4.46 billion (US$148.6 million), up 54.1 percent from a year earlier, a record high for the period in company history, to have already outstripped Ideal's 2014 whole-year revenue of NT$4.27 billion (US$142.2 million). Some institutional investors said that Ideal's Dongguan factory is expected to continue winning contract orders from foreign customers in the fourth quarter, and the firm's annual revenue is expected to outstrip NT$6 billion (US$200 million) this year. 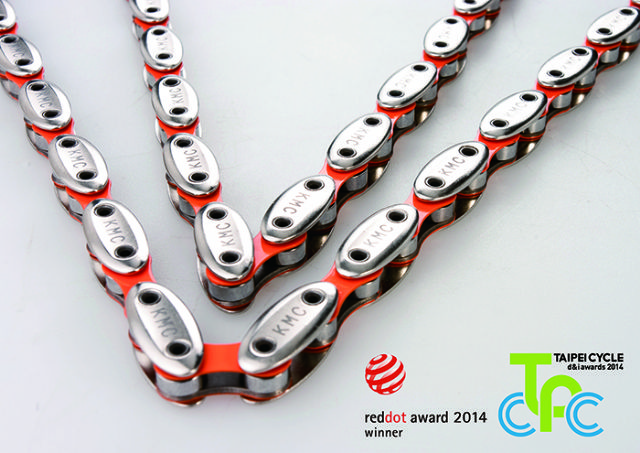 High-end bicycle chains made by KMC, recognized as the world's largest bicycle-chain maker based in Taiwan. (photo from KMC)

KMC Chain Industrial Co., Ltd., recognized as the world's largest maker of bicycle chains, reported consolidated revenue of NT$890 million (US$29.7 million) in the third quarter, and accumulated January-September revenue of NT$2.46 billion (US$82 million), a 23.2 percent YoY growth. The company attributed the good results to increasing sales of high-end bicycles in Europe and the U.S. that have driven up demand for upmarket chains.