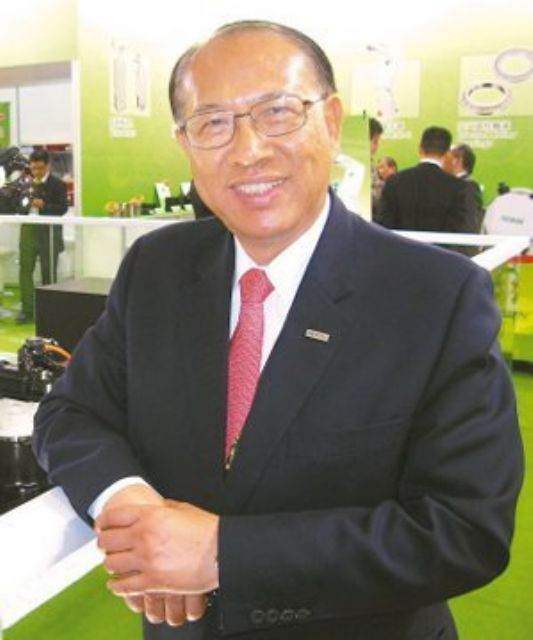 The company will begin to deliver the order in the final quarter this year, marking its first step into the market for chip-making equipment.

Chuo concedes that the market for machine tool components remains weak into the fourth quarter, but brisk demand for industrial robots and automation equipment holds hope for his company to expect bright outlook for revenue in the fourth quarter.

Chuo also says the company will make an impressive breakthrough in its sales of industrial and medical robots next year.

A survey recently released by the mainland Chinese market consultancy, Shenzhen Gaogong Industry Research Co., Ltd., indicates that the mainland's 3C (consumer electronics, computer, and communications) industries have become a huge market being pursued by global industrial-robot makers. Hiwin rises among the top-10 the first time on the list of potential suppliers compiled by Gaogong to rank the No.9, with the others including Seiko Epson Corp., the ABB Group, Yaskawa Electric Corp., Kuka AG, Kawasaki Heavy Industries, Ltd., and Mitsubishi Electric Corp.

His company, he says, is planning to develop robots used as bitcoin transaction platform in cooperation with relevant manufacturers.

In the third quarter alone, the company had consolidated revenue of NT$3.75 billion (US$117.46 million), sinking 13 percent from the previous quarter and 11 percent year on year due to the weak global economy, partly caused by the slowing economic growth in mainland China.

Operating gross income was NT$1.27 billion (US$39.75 million), representing a gross margin rate of 33.8 percent, down 2.1 percentage points from a quarter earlier.

The company's income from non-core business in the third quarter totaled NT$244 million (US$7.62 million) partly thanks to the gain of NT$305 million (US$9.53 million) from foreign exchange transactions.