Global shipments of large-sized thin film transistor-liquid crystal display (TFT-LCD) panels (7-inches and above) for the entire 2015 are forecast to reach 794 million units, a 4.1 percent year-on-year (YoY) drop and the first-ever annual shipment decline in the TFT-LCD panel industry, according to WitsView, a division of TrendForce.

WitsView forecasts that worldwide shipments of large-sized panel will slide to 793 million units in 2016, due mainly to weak demand from the stagnant tablet-PC market. In contrast, TV panels will see size increase, while shipments are projected to reach 273.6 million units. So, 2016's TV market will again drive the expansion of large-sized panels' total shipment area, which is set to grow 8 percent YoY.

The research firm outlines some major trends that will unfold in the large-sized panel market in 2016.

Increasing 4K TV-panel Shipments
First, 4K, or UHD (Ultra High Definition), TV panels will account for almost 40 percent of South Korean panel makers' TV-panel shipments. Shipments of TV panels sized 50-inches and larger in 2015 are estimated at 48.7 million units, and the annual overall volume is expected to grow to 55.4 million in 2016 as prices continue to fall to result in higher consumer acceptance. While panels sized 60 inches and above will become the market's focus, such shipments will take up 15 percent of the 50-inch-and-above panel shipments in 2016. Size expansion in the TV application market will be a noticeable trend in the near future, WitsVeiw says. 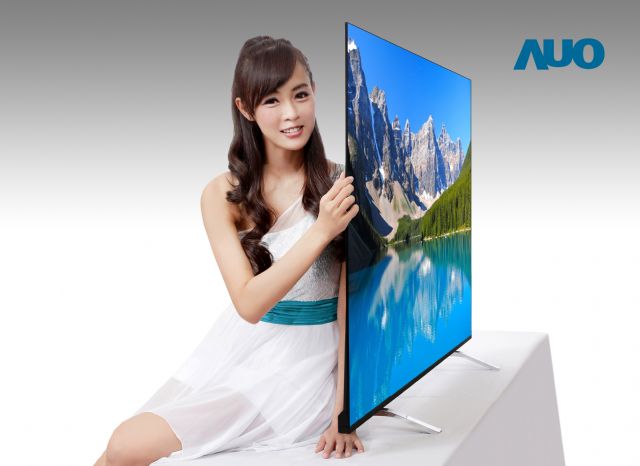 Shipments of TV panels sized 50-inches and larger in 2015 are estimated at 48.7 million units, and the annual overall volume is expected to grow to 55.4 million in 2016. (photo from AUO)

The second trend worth highlighting is the rise in the adoption of 4K resolution. South Korean panel makers have the most ambitious shipment targets for 2016. LG Display (LGD), in particular, has the leading cost advantage resulting from its development of M+ technology; while 4K products may make up as much as 38 percent of the company's TV-panel shipments next year. Another Korean maker Samsung Display (SDC) is expected to follow LGD closely with 37 percent of its shipments belonging to 4K products.

AU Optronics (AUO), recognized as the second-largest TFT-LCD panel supplier in Taiwan, will likely rank the third-largest supplier of 4K TV panels in 2016 with such products to account for about 33 percent of its overall shipments. Innolux Corp., recognized as Taiwan's No. 1 panel supplier, and other Chinese panel makers have been lagging behind in the development of 4K products and focusing more on small-sized panels, to result in  4K-panel shipments expected to account for lower than 20 percent of their respective shipments next year.

Expanding Gaming-application Segment
The third trend, according to WitsView, is that the IPS (In-Plane Switching) TFT-LCD panels to take up to 30 percent of global monitor-panel shipments in 2016, while the gaming-application segment will drive development of high-end monitor panels. 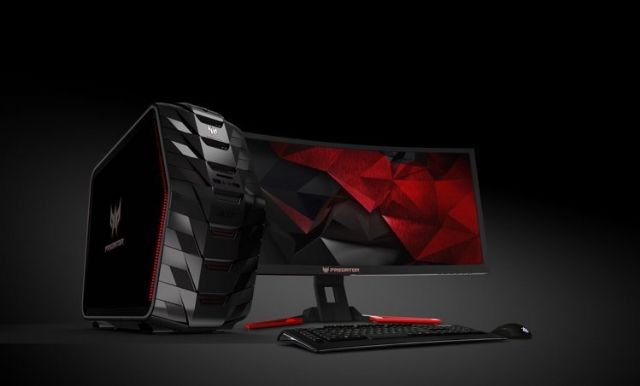 WitsView estimates the gaming market segment to spur increase in the size of mainstream monitor panels and drive up shipments of monitor panels sized 27-inch and above. (photo from Internet)

Shipments of monitor panels in 2015 are estimated to total 142 million units, down significantly by 10.9 percent from the previous year. WitsView anticipates monitor shipments to remain generally flat in 2016, when the focus of product development to be IPS panels. WitsView also estimates that around 30 percent of monitor panels shipped worldwide will be products based on IPS technology in 2016.

Korean panel makers again will be driving the momentum to popularize IPS adoption, with LGD having the lead over its competitors in terms of cost and technology as well. In 2016, WitsView says, production ratio of IPS panels of LGD's overall monitor panel shipments will be at 85 percent, while the production rates for SDC and Chinese panel maker BOE Technology Group (BOE) may hit 40 percent and 30 percent, respectively. Production ratios of such product in Taiwanese manufacturers' monitor-panel shipments will be lower, under 10 percent, because of constraints in their IPS-panel production capacity.

Long replacement cycles have stalled monitor demand as flat-panel monitors typically last over 10 years, the research firm says. Currently, the bright spot in the monitor market is the rising gaming segment, which is generating demand for bigger monitor panels. According to WitsView's estimation, the gaming market segment will spur the increase in the size of mainstream monitor panels and drive up the shipments of monitor panels sized 27-inch and above, from 11.8 million units in 2015 to 14 million in 2016. Larger monitor displays will complement the developments in high-resolution technologies and curved-screen designs, fulfilling consumers' desire for superior visual experiences.

The fourth trend in the large-sized panel market is, WitsView says, that panel makers will promote notebook and tablet products featuring Full HD and 3:2 aspect ratio. With the mobile PC market (including notebooks and tablets) being not as robust as before, panels shipments for both applications have suffered decline. WitsView's latest data indicates that notebook panel shipments worldwide in 2015 will fall 8.7 percent YoY to 175 million units, while the tablet panel shipments will also fall 9.6 percent YoY to 207 million. Annual notebook panel shipments are expected to increase slightly to 176 million units in 2016, whereas annual tablet panel shipments are projected to drop to 200 million.

Panel makers will also want to further differentiate their products for mobile PCs in order to maintain high utilization rates and product margins, WitsView says. They therefore are working to apply features such as high resolution and 3:2 aspect ratio. As price differences between Full HD panels and HD panels steadily narrow, WitsView anticipates a sharp increase in the penetration rate of Full HD in notebook panel shipments, from 18 percent this year to the estimated 26~30 percent next year. Moreover, the rising popularity of 2-in-1 PCs has resulted in growing user demand for displays that are excellent for both portrait and landscape viewing. WitsView expects 3:2 aspect ratio to be a prospective feature that will set apart their tablet and notebook products.