Full high-definition (FHD) panels reached a record 21 percent of the smartphone display market in the third quarter of 2015, due in large part to increases in active-matrix organic light-emitting diode (AMOLED) panel adoption by Samsung and others, according to IHS Inc.

Smartphone Shipment Share by Display Technology (Source: IHS, December, 2015)
Increasing demand from the Chinese smartphone market, and the popularity of the Apple iPhone 6S Plus, also added to the growth in unit shipments of FHD panels that are able to show 1080p images, says the global source of critical information and insight. AMOLED displays comprised 18 percent of all smartphone display unit shipments in the third quarter of 2015, up from 10 percent in the same period of the previous year.

Samsung of South Korea, a major smartphone vendor in the global market, has relied on AMOLED as an important differentiating feature in its proprietary Galaxy smartphones for six years, as it helps the company to achieve better color performance, on-cell touch, and slimmer and lighter form factors. To expand market penetration, Samsung Display recently changed its smartphone display strategy to begin selling AMOLED panels to customers who are not currently Samsung product users.

Beginning in the second half of 2015, IHS says, OPPO, Gionee, vivo, Meizu, Lenovo, Huawei and other smartphone brands, have installed AMOLED in their devices. Meanwhile, products like the Google Nexus 6P, the Microsoft Lumia 950XL, the Meizhu Pro 5, and the recently announced BlackBerry Priv now have AMOLED displays.

“2015 will be a banner year for AMOLED as the technology will soon be included in high-end smartphones from many other companies,” said David Hsieh, senior analyst for IHS Technology. “The simpler structure and better picture performance of AMOLED screens may even encourage Apple to consider adopting the technology in the future.”

Smartphone Plus-sizing
Led by the rising popularity of the iPhone 6S Plus and other large smartphones, unit shipments of 5.0-inch-and-larger displays surpassed those of smaller displays for the first time in the third quarter of 2015. While quarter-over-quarter (QoQ) unit shipments of 5.0-inch-and-larger displays grew 21 percent to reach 247 million units in the third quarter, smartphone displays smaller than 5.0 inches fell 6 percent to 156 million units. 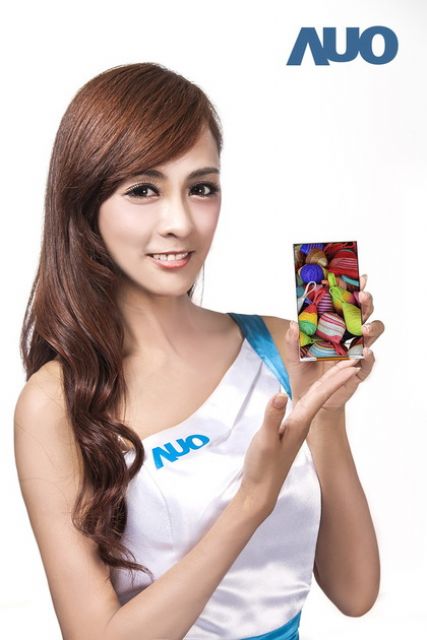 Thanks to the iPhone 6S Plus and other new models manufactured in China, 5.5-inch smartphone panels grew from 65.6 million in the second quarter 2015 to 79.8 million in the third. Screen sizes of 6-inch and larger have not been as popular with smartphone buyers, so growth in that size range has been marginal, IHS says.