Market Demand for PV Power Systems to be on Uptrend due to Price Drops of Components: EnergyTrend 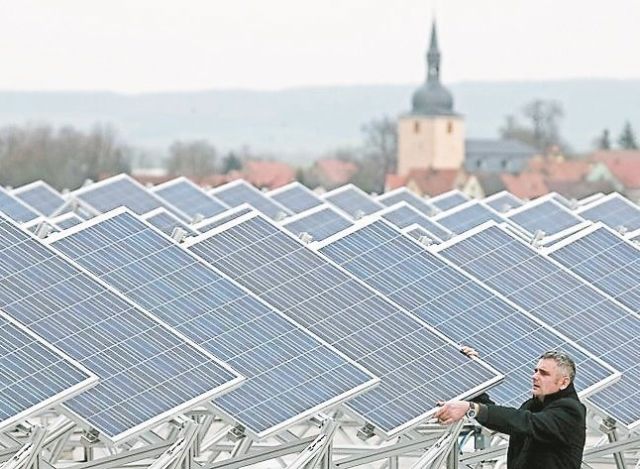 Despite the price rebounds of solar silicon wafers and cells seen over the past several months, the overall cost of generating electricity using photovoltaic systems, in fact, still dropped in 2015 and will likely stay on a downtrend this year as well as next year, mainly due to continuously declining prices of related materials and other components such as solar modules and inverters. This, in turn, is expected to keep spurring global market demand in the short term, especially in 2016 when such cost in certain regions of the world is forecast to be lower than that at coal-fired and natural-gas-fired power stations, says EnergyTrend.

Justifying its observation, the market research firm cites a report on American electric utilities to indicate that the average cost of producing electricity through photovoltaic systems had dropped by 17 percent year-on-year to US$1.38 per watt in the third quarter of 2015 from US$1.66, even if the prices of solar wafers and cells had already bottomed out.

In fact, EnergyTrend emphasizes, calculating the cost of generating electric power using photovoltaic systems is complicated, for it involves not just prices of needed materials and components for constructing and maintaining such systems, but other factors such as daylight hours, labor cost, subsidies and prices of solar modules after taxes, which vary significantly in different countries of the world.

For instance, the research firm notes, the cost of power generation with photovoltaic systems in some areas of India, where daylight duration is relatively long and wages of local workers are low, can be as low as only US$0.07 per kW/h. This therefore gives Indian Prime Minister Narendra Modi good reason to choose photovoltaic systems instead of coal-fired and nuclear power stations as the country's next major option to address electricity shortage nationwide.

With photovoltaic systems being an increasingly affordable, ideal option for emerging countries to build sustainable energy source, EnergyTrend says that India, Chile and the Philippines have decided to construct such systems with annual capacity of 827 megawatts, 750 megawatts and 134 megawatts, respectively, in the years to come, with ever more Southeast Asian countries also considering setting up solar power systems to cut carbon emission and drive business development in the green sector. Under the scenario, the research firm indicates, Taiwanese solar cell suppliers, especially those who have been forced to move production overseas to mostly the ASEAN (Association of Southeast Asian Nations) bloc to evade antidumping duties levied by the U.S. since 2015, are very likely to benefit.

From another viewpoint, solar-power technology advancement will also help to fuel market demand for photovoltaic systems in the near future, notes EnergyTrend, given that solar-to-electricity conversion efficiency of multi-crystalline and mono-crystalline photovoltaic modules have improved to 265 watts and 275-280 watts, respectively, for the time being. Therefore, the research firm believes the cost of generating electricity by utility-scale solar power stations will likely reach the sub-US$0.07 level on average worldwide by the end of 2017, to further prompt more countries to turn to power generation via such green source rather than combustion of coal, natural gas and other fossil fuels.