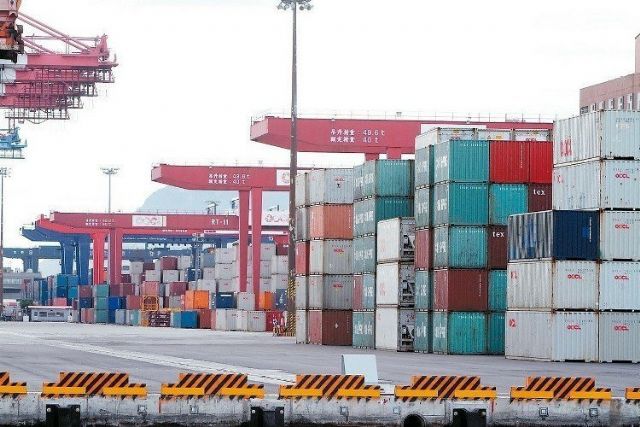 Taiwan further revises down its economic growth target for 2016 to a modest 1.47 percent.

The Directorate-General of Budget, Accounting and Statistics (DGBAS) of Taiwan's Cabinet has further revised downward its target for the island's 2016 economic growth to merely 1.47 percent year on year, 0.85 of a percentage point lower than the 2.32 percent it had issued in October last year.

The organization announced the latest target last Wednesday, due to the likelihood that the government simply cannot meet the earlier target of 2 percent growth.

Shih ascribes the modest growth of the island's economy in 2015 and so far this year mostly to the decelerating global economic growth, which led to the 10.8 percent year-on-year decrease in Taiwan's 2015 exports in terms of U.S. dollar, and is projected to further impact the island's exports by 2.7 percent this year.

If Taiwan's 2016 exports meet the projection, the island's exports will contract for two consecutive years for the first time.

Senior DGBAS officials note that Taiwan's exports are closely linked to the global economy, which has grown at annual rate of sub-3 percent for five years in a row.

As the International Monetary Fund (IMF) has recently cut its growth target for global trade volume in 2016 to 3.4 percent from the earlier issued 4.1 percent, they concede that the outlook of global trade development remains unfavorable to Taiwan's exports.

Other disadvantages include the rising mainland Chinese homegrown supply chains of electronic products, which have increasingly encroached on Taiwanese makers' market share by shifting orders to the mainland's brand-name suppliers.

Shih points out that due to the economic slowdown last year, many local employers are reluctant to raise wages or offer marginal raises this year. The roller-coaster financial market in Taiwan, typically affected by the American stock market and institutional investors, has discouraged employers' willingness to raise salary, to prompt the organization to cut its growth target for the island's private consumption in 2016 by 0.4 percent to 1.36 percent.

This year, domestic investments are projected to be the only bright spot to drive local demand and possibly see relatively stellar growth this year, according to the minister. Her organization has increased its growth forecast for the island's private-sector investment by 1.01 percentage points to 1.98 percent this year in consideration of steady investments by local chipmakers in high-end process capacities, increased airplane purchases by local airlines, and higher capital expenditure by some local electronics manufacturers.

Also, nominal expenditure by the government will increase to NT$454.2 billion (US$13.76 billion) this year to represent the first positive growth since 2010.

Senior DGBAS officials point out that Taiwan's economy will face four major challenges this year: the decelerating pace of the mainland's economic growth, the competing strength of the mainland's homegrown electronics supply chains, the moderate growth of investments in capital equipment by local manufacturers, and oil price and interest rate policies set by world economic powers.

Comparing DGBAS' latest growth target for the island's economy with IHS Global Insight, Inc.'s latest growth forecast of 2.8 percent for the global economy, DGBAS officials attribute the huge gap mostly to the imbalance in the development of Taiwan's industry, which still fails to follow the Western trend of manufacturing electronic software instead of focusing on hardware.

Other factors that cause such gap in the targets include decelerating growth of global demand for mobile computing devices, growing competition between Taiwanese and mainland Chinese industries, plunging oil price, and paradigm shift in the tech industry, they add.

Y.T. Zhou, an economist at the Academia Sinica, feels that Taiwan's economy will continue to grow tepidly over the next few years unless significant recovery occurs in the global economy. He bases his analysis mostly on the inextricably close trade tie between Taiwan and mainland China, which buys some 40 percent of Taiwanese exports, whose slowing economic growth inevitably hamstrings the island's exports.

Zhou points out that behind the mainland's slowdown is its continuing efforts in cutting its vast production glut and restructuring its economy from mainly low-end manufacturing to higher value-added manufacturing and service-driven.

As a result of the close trade tie and the rising homegrown competitors from the mainland, Taiwan's economic growth is estimated by IHS to trail South Korea's 2.5 percent, Hong Kong's 2.3 percent and Singapore's 1.5 percent this year.

Senior managers of Taiwan's state-run banks feel that the Central Bank will likely further cut the NT-dollar-to-green back rate and interest rate after a meeting scheduled for the end of this March in a bid to shore up the island's export competitiveness and domestic demand.