Taiwan's January Exports Down for a 12th Consecutive Month 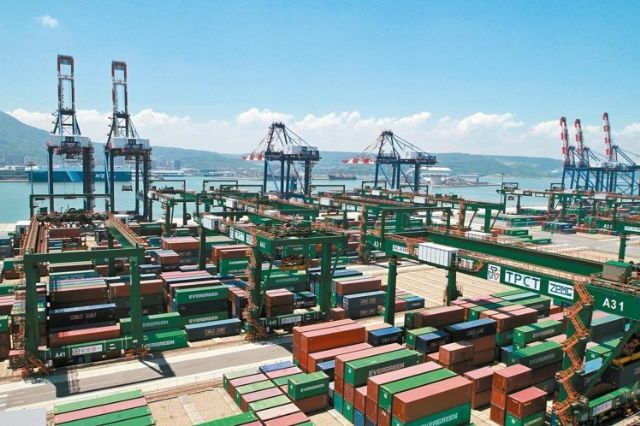 Taiwan's exports decline for the 12th consecutive month in January.

Taiwan's exports fell 13 percent year on year, to US$22.2 billion in January, the 12th in a series of worsening monthly declines.

According to Taiwan's Ministry of Finance (MOF), the recently reported downtrend is only two months short of the longest period of contraction in Taiwan's exports set during global financial meltdown that began in late 2008.

Senior ministry officials do not expect the downtrend and pace of decline in the island's exports to slow to single digits through March, suggesting that the contraction is partly due to the fewer workdays in February, during which the 9-day Chinese New Year break took up nearly one-third of the month.

The ministry points out that although it officially recorded the January export statistics up till the second day of February, adding two more days of exports to the monthly statistics, such statistics still show double-digit year-on-year contraction due to the decelerating global economy underscored by generally weak commodity prices.

Nonetheless, senior ministry officials note that the exports by Taiwan's electronic-device industry had posted three consecutive months of positive growths in January in terms of revenue regardless of the continuous downtrend of the Taiwan industry as a whole.

Among the industry, solar-cell export revenue increased US$40 million, or 17.9 percent, year on year. Contrasting such gain, the island's optical-equipment sector made up of liquid-crystal display (LCD) panels, optical components, and lenses saw export revenue dwindle quarter on quarter in the meantime, with lens exports alone posting a 5.3 percent decline in November and a 25.4 percent decrease in December of 2015 as well as a 25.8 percent slump year on year in January.

Last year, Taiwan's exports to all of its top-five destinations but Europe posted decline, with exports to mainland China declining 19.3 percent, to Japan down 1.8 percent, to the Association of Southeast Asian Nations (ASEN) sinking 8.7 percent, and to the USA contracting 5.8 percent. Its exports to Europe rose 3.4 percent, the first after 13 consecutive months of drop.

Senior MOF officials expect the island's exports to continue dropping at double-digit rate in February in consideration of the disastrous earthquake that struck southern Taiwan on Feb. 6 and fewer workdays due to the Chinese New Year break.

In March, Taiwan's exports are not likely to swing to positive growth but to stay on single-digit recession at best in light of lingering weak global demand for commodities like crude oil and metals, according to the ministry.

If the island's exports in February and March continue sliding as projected, its exports will register the second 14-month decline since the 2008 global financial turmoil.

The island's exports totaled US$18.69 billion in January, up 1.4 percent from the previous month but down 11.7 percent year on year. Taiwan had a trade surplus of US$3.51 billion in January that slipped US$840 million from the same month of 2015, in spite of the month-on-month import increase.

Among all of the island's import sectors, agricultural commodities and industrial raw materials posted the steepest recession in the first month of this year, slumping 17.9 percent year on year to stand at US$12.31 billion.

The ministry points out the factors that may help drive the island's exports this year, including growing applications of emerging digital technologies such as Internet of Things and Big Data, and steady clearance of inventory backlog of electronic devices worldwide. The factors that work against Taiwan's exports include uncertain outlook of the global economy, intensifying global competition, falling commodity prices, overcapacity and continually strengthening homegrown supply chains in mainland China.