Taiwan Machinery Makers' Imports and Exports Both Contract in 2015 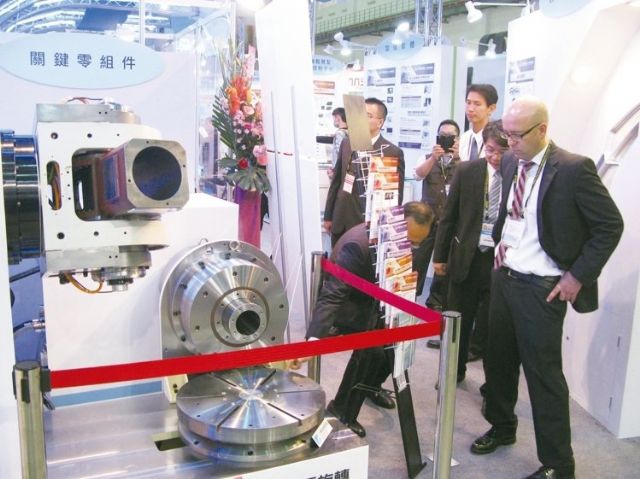 Taiwan exported and imported less machinery in 2015 than in 2014.

Throughout 2015, Taiwan shipped US$19.43 billion of machines and imported US$21.88 billion of machines, which represented 6.9 percent and 0.8 percent declines from the previous year, respectively, according to the Taiwan Association of Machinery Industry (TAMI), a trade group made up of over 3,000 local machinery makers.

Clearly last year was an uphill battle for Taiwanese machinery exporters when the export slump contrasted the 5.8 percent year-to-year growth in the island's machinery exports in 2014, when the revenue totaled US$21.6 billion.

The association's president, J.C. Wang, ascribes the declines mostly to the relatively stronger NT-dollar-to-greenback ratio to the weaker Japanese yen, South Korean won and euro that rendered Taiwan-made machinery less competitive; the Free Trade Agreements (FTA) the South Korean government has signed with major economies like the U.S., mainland China and the European Union that offer duty-free export of Korean machinery to the said trade partners; and the intensifying encroachment on Taiwanese market shares by mainland Chinese manufacturers of low-end, mid-range machinery.

Wang points out that the average NT-dollar-to-U.S.-dollar exchange rate was 31.66-to-1 throughout 2015, down around 4.42 percent from the previous year.

Although the NT-dollar has as of February this year weakened to hover around 33 per US-dollar, it has actually strengthened 4.3 percent overall against the greenback since 2007, versus the depreciation of the South Korean won at 15.2 percent against US-dollar in the meantime, being the Achilles heel of global competitiveness of Taiwanese machinery.

Wang points out that although Taiwan and mainland China in 2013 had begun pushing negotiations related to the trade-in-goods agreement under the Economic Cooperation Framework Agreement (ECFA) that the two sides signed in 2008, the two sides have so far failed to finalize such talks on the agreement that aims to slash tariffs on traded goods including machinery by the end of 2015 as scheduled.

S. Korea Ahead
Compared with Taiwan that has been mired in derailed negotiations, South Korea, obviously benefiting from governmental policy focusing on national trade interest instead of internal politicking, has shipped tariff-free machinery to the European Union and the U.S. since July 1, 2011 and March 15, 2012, respectively, thanks to the FTA it had signed with the EU and the U.S. South Korea's machinery, machine tools in particular, will also soon roll into mainland China as the two economies have signed such agreement in June 2015.

South Korean manufacturers, Wang adds, are leveraging the relatively cheaper won and the FTA to outdo Taiwanese manufacturers. In the meantime, Japanese machine makers are tapping advantages incidental to the steeply devalued yen, having weakened 26 percent since 2007, to sell machines with relatively higher cost competitiveness on the global market, with over 100 billion yen (US$815.06 million) of orders booked in each of the past 21 consecutive months through 2015. Further exasperating the scenario are the mainland Chinese manufacturers without advanced technologies, who continue to encroach on Taiwanese manufacturers' market shares of low-end, mid-range machine-tools.

While a few high-profile Taiwanese makers are typically publicized in media to brandish high-end technologies to be able to stay ahead of mainland Chinese rivals, many smaller suppliers serving the traditional segment with single-function, lower-priced machine tools are likely treading water to compete against mainland Chinese makers who have labor cost advantage.

Wang suggests the NT-dollar should be allowed to depreciate to NT$34-35 per US dollar to shore up Taiwan's export competitiveness.

The top-16 export destinations of Taiwan's machine tools together accounted for around 82 percent of such Taiwanese exports throughout 2015.

Wang points out that Taiwan's machinery builders including machine-tool makers must closely watch economic developments in these export destinations.

Wang suggests that to cope with the volatile global economy and daunting competition, Taiwan's machinery makers should integrate more smart, automatic and customized features into machines, as well as strengthen ability to fill urgent orders and short-term orders. The Taiwanese government, he adds, should accelerate Taiwan's integration into the global economy so that the island's machines can viably compete against those from Japan and South Korea.