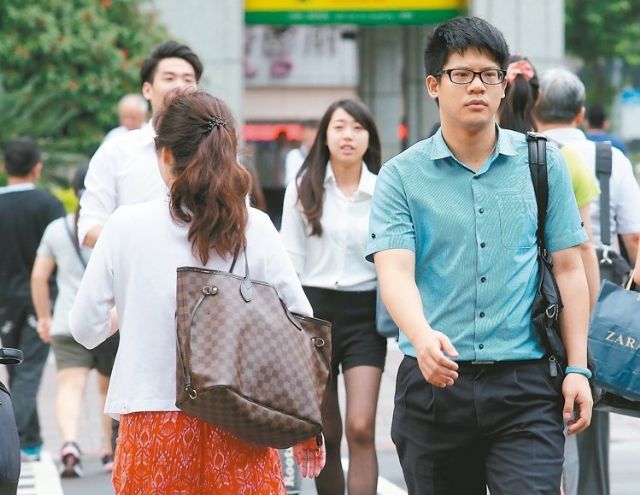 Taiwan's net personnel increase is estimated to dip to 7-year low in the second quarter.

Taiwan's Ministry of Labor (MOL) has released a survey that estimates Taiwan's enterprises to add a net 19,000-plus workers overall in the second quarter of this year, plunging 57 percent year on year to a seven-year low.

The ministry conducted the survey in January this year on enterprises with over 30 employees to see if they will recruit more workers by the end of April. The ministry received 3,010 effective samples in the survey.

The survey shows that only 18.1 percent of the responding enterprises said they would employ more workers in the second quarter relative to their recruitment program in the previous quarter, 68.9 percent replied they would not employ more workers, 4.2 percent felt they would downsize staff, and the rest said it was hard to predict staffing needs at the time of the survey.

The survey shows that enterprises with plans to add more employees in the second quarter will hire a total of 30,500 workers, while those with plans to downsize staff will totally cut personnel by around 11,200. The difference between the added staff and cutback in personnel results in a net growth of 19,300 employees.

The manufacturing sector has been the major creator of job growth in Taiwan, but also being the most vulnerable to economic fluctuations, with Taiwan's exports having been rocked by weakening economic growth in China, buyer of some 40 percent of the island's exports, as well as plunging crude oil prices, South Korea-China free trade agreements, relatively sagging Japanese yen that has sapped competitiveness of Taiwan-made machinery. Although the sector as a whole plans to increase a net 8,300 workers in the second quarter, which is clearly an improvement from the previous quarter, the net number is only around 40 percent of the net 21,000 workers it had hired in the same quarter of 2015.

The island's services industry as a whole plans to add a net 11,000 workers in the second quarter, but the number is 3,400 workers down from the net number it added in the first quarter this year. The net quarter-on-quarter reduction is also reflected in the food and beverage sector.

The ministry points out that based on the double-digit pace of net employment increase in the island's manufacturing sector and the net reduction in the local services industry, the business outlook of the services sector has to be closely watched.

Based on the survey, the ministry points out that the island's manpower demand will stay weak for a second quarter if the recent estimates eventually become reality. This, it adds, suggests the lingering impact of the lukewarm global economy on the job market. Some observers suggest, however, that stagnant wages in Taiwan also sap consumer spending to weaken staffing needs in the services sector. Matsusei, an upscale Japanese supermarket chain in Taiwan, has shuttered after many years on the scene to show at least lack of spending among consumers willing to pay moderately more for groceries.

Senor ministry officials point out that the decelerating global economy and intensifying competition worldwide are not likely to improve in the short term, resulting in the island's enterprises having become more prudent than before in their recruitment plans.

The ministry's statistics show that in January alone 20 companies on the island launched massive layoffs, sacking a total of 1,897 workers.

Testoni, an established Italian brand of high-end men's footwear, located among the designer boutiques adjacent the Taipei Regent on Zhongshan North Road has also recently closed shop, as has Coach, the American designer accessories brand, and Geox, the shoe brand known for perforated shoes, both of which shuttered their outlets along the same road last year.