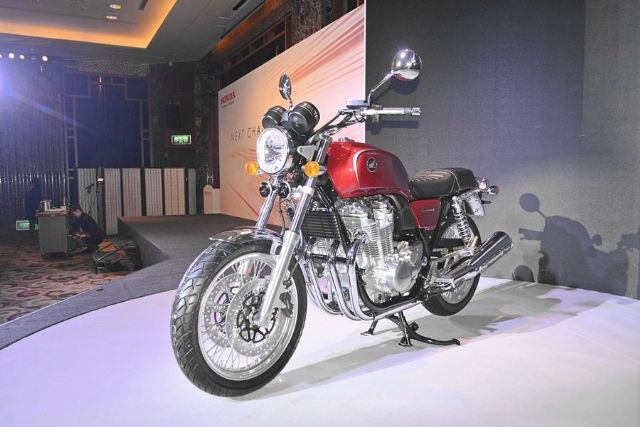 Kung Long has supplied its start-stop batteries to Honda for use in Honda’s PTWs sold in Vietnam (photo courtesy of UDN.com).
The Taiwan-based Kung Long Batteries Industrial Co., Ltd., a specialized manufacturer of lead-acid batteries and listed in Taiwan bourse, has garnered the first time an order from Honda for start-stop batteries and already begun delivery, confirmed by Kung Long's general manager J.C. Lee right after the firm's investor conference held on June 13.

The order will certainly pump considerable growth momentum into Kung Long's performance for a couple of reasons.

Lee stated that lead-acid batteries applied in a start-stop system (also known as idling stop system as promoted by Honda) of a motorcycle or a scooter are subject to stricter performance standards than conventional models, and therefore generate over 50 percent higher margin. In other words, Lee stressed, the order will help his company to drive overall gross profit rate in the short term.

From another viewpoint, Kung Long, which now has a manufacturing base in Vietnam, is likely to better strengthen its presence in the Southeast Asian market through the said deal. According to Kung Long, the batteries ordered by Honda will be all shipped to the latter's motorcycle assembly plant in the country, where annual sales of powered two-wheelers (PTW) reach some 3 million units, with the Japanese firm commanding a dominant market share of around 70-80 percent.

Besides, Lee indicated, years of brisk economic growth of the country have seen local PTW riders increasingly prefer repair and maintenance services at authorized service stations, hence propelling market demand for OE (original equipment) parts and components and motivating PTW brands to actively expand their service networks across the country. Under the scenario, Lee believes overall shipments of lead-acid batteries by his company's Vietnam base in the local OE segment is expected to grow steadily in the years to come, especially when it has just tapped Honda's supply chain of start-stop batteries.

Noteworthy is that Kung Long has started up the ninth plant in the Vietnam manufacturing base recently, which is estimated to help boost the base's overall output by 20 percent when being in full swing. Plus, the company is scheduled to kick off new plant construction plans sometime in the next two years, to ensure its sustainable development in the emerging country.

At the said investor conference, Kung Long reported combined revenue of NT$6.943 billion (US$216.96 million) and net profits of NT$768 million (US$24 million), or NT$9.42 per share, for last year, the best performance the firm has ever scored in history.