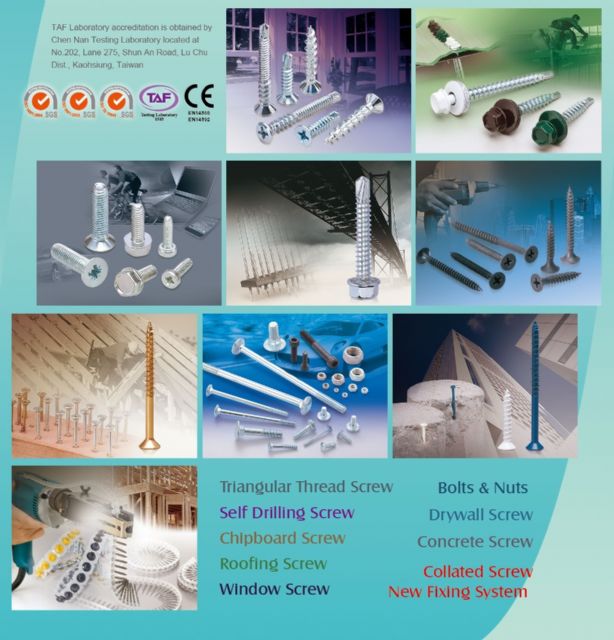 The slight decline seen during the first half of 2016 in output value by Taiwan's fastener industry is apparently not a shot across the bow of Ray Fu Enterprise Co., a local industry-leading supplier of fasteners and steel wires, to slow its pace in exploring the global market, as the firm has decided to take part in more fastener exhibitions worldwide in 2017.

For most Taiwanese fastener makers, 2016 is taking shape into a year that they would like to forget after witnessing promising growth of the industry over the past consecutive years.

According to Metal Industry Research & Development Center, a local R&D and market research institute, output value of Taiwan-made fasteners for the first half of 2016 dived 3-4% year on year for a couple of reasons, including economic uncertainties and EU's cancellation of anti-dumping penalties on imports of steel fasteners from China. Given the negative factors, it is safe to say that headwinds are still ahead for Taiwanese suppliers in the coming few years.

Undaunted by the industry's gloomy outlook, Ray Fu will continue to invest considerably to boost its global exposures and growth momentum by attending world's major exhibitions throughout 2017, including STEELFAB in UAE, Fastener Fair Stuttgart in Germany, Mosbuild in Russia, Subcon Thailand, Subcon NEC Birmingham in the U.K. and National Industrial Fastener & Mil Supply Expo in the U.S., with an aim to impress foreign buyers again with Taiwanese suppliers' superior manufacturing capability and devotion to quality.