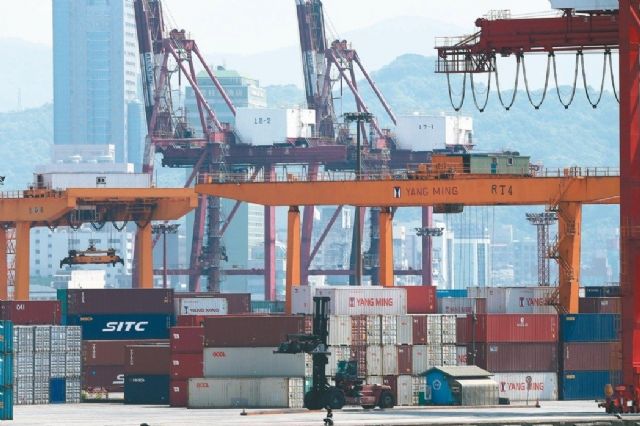 DGBAS reports Taiwan’s 2017 GDP growth forecast to stand at a three-year high of 1.92 percent, with annual export to show the strongest increase of 8.5 percent in the past six years (photo courtesy of UDN.com).

In light of the continuously growing trade worldwide, Taiwan's GDP growth forecast for 2017 has just been adjusted upward by the Cabinet-level Directorate General of Budget, Accounting and Statistics (DGBAS) from 1.89 percent to 1.92 percent, the highest level in the past three years.

At a conference held earlier for the discussion and preliminary review of economic statistics and GDP forecasts for the fourth quarter of last year and 2017, DGBAS Minister T.M. Chu noted that Taiwan's economic outlook has turned to “steadily optimistic” for now from “conservatively optimistic” seen before, and that the island's export-driven economy is likely to see a stronger growth this year than last year.

DBGAS's latest report indicates that Taiwan's GDP for the final quarter of 2016 posted a 2.88 percent year-on-year increase, a percentage point of 0.3 higher than the forecast issued a month earlier, the strongest over the past seven quarters.

The competent authority attributes the robust results mainly to growing exports of merchandise and private-sector investments, which both showed better-than-expected surge of 11.7 and 7.24 percent, respectively. For entire 2016, GDP growth reached 1.5 percent, higher than forecast earlier.

After a solid year, DGBAS predicts Taiwan's economy to keep expanding this year, mainly on grounds that its export is expected to continuously gain steam from growing global trade and show an increase of 8.5 percent, a 6-year high, this year over last year.

DGBAS opines that the forecast export performance will be strong enough to offset suppressed domestic local consumer spending resulting from widespread price hikes of commodities and services in the wake of the implementation of the so-called “one fixed day off and one flexible rest day” policy by the government, and sustain Taiwan's economic growth this year.

In fact, Chu emphasized that after DGBAS's assessment, the impact brought by the policy on local consumer spending is not as immense as people have imagined. He furthered that this year's CPI (consumer price index) is estimated to pick up by only a percentage point of 0.14-0.36, based on an assumption that the enforcement of the policy results in an overall increase of NT$17.5-73 billion in salaries.