Production value of Taiwan's machinery industry is expected to exceed NT$1 trillion this year for a couple of reasons.

This year, Taiwan's export is climbing up due to the increasing demands for automation equipment and the payoff of insiders' efforts on developing intelligent machinery. Therefore, the industry is very likely to see production value industry break the NT$1 trillion mark for the whole year.

Mainly on steady global economic recovery and growing investments by enterprises in fixed assets, Taiwan's machinery export has reached NT$ 300.2 billion over the past 5 months. Ko estimated that growth in output value will exceed 10 percent in the year, saying “It's been 9 years since we set the goal to exceed NT$1 trillion, and we can definitely make it this year. This is a milestone for Taiwan's overall economic development”

However, the appreciation of NT dollars might get in the way of the abovementioned objective, given that comparatively strong NT dollar has actually eroded profits of local manufacturers to some extent over the past few months.

This May, for instance, NT dollar rose sharply against US dollar. Although machinery export increased by 19 percent to US$2.17 billion, growth of overall profits, however, shrank to only 10.6 percent when denominated in NT dollar. In other words, 8 percentage points of the growth rate disappeared due to exchange rates. Ko confessed that Taiwanese suppliers will likely remain fretted by exchange rates in the remainder of the year. 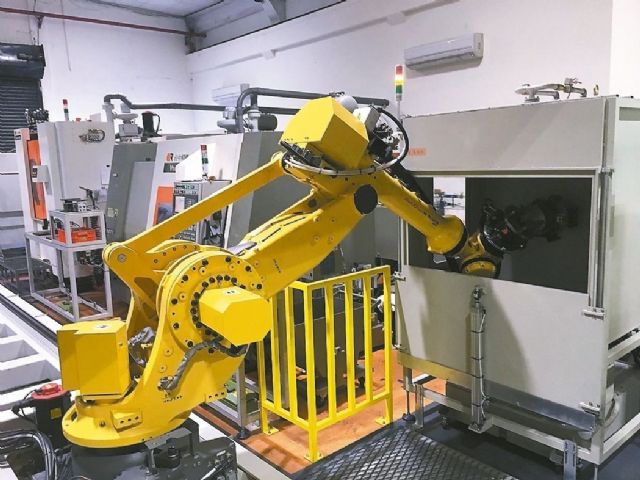 Due to the increasing demands for automation equipment, the industry is likely to see production value industry break the NT$1 trillion mark for the whole year (photo courtesy of UDN.com).