With Chinese firms continually withdrawing from the segment for dockless bike sharing schemes as a warn to related upstream suppliers, MediaTek Inc., a Taiwanese fabless semiconductor company that provides chips and system-on-chip solutions for wide-ranging application, may suffer from the bike-sharing bubble in the short term.

In the wake of the Beijing-based 3Vbike closing as China's second dockless bicycle-sharing firm following Wukong Bike, ever more market observers believe that the once overheating bicycle-sharing economy in the world's most populated country is getting closer to the edge of collapse, which will severely dampen upstream chipset suppliers, and, in a worst-case scenario, cause output value of the sector to sharply drop by up to 20 percent as result.

Last month, MediaTek confirmed that its shipments of chipsets for non-smartphone devices have significantly grown mainly on the market booms of smart speakers and sharing-bike schemes, with the latter generally considered as a product of great potential during the first half of this year.

According to CNNIC (China Internet Network Information Center), bicycle sharing has undoubtedly experienced an enviable growth over the past year, as the number of users of such systems in China has explosively surged to 106 million people from zero within only one year.

Perhaps a pilot chip designer in the prospering market segment, MediaTek has allegedly commanded a 70 percent share of China's bike-sharing market, mainly thanks to launch of its MT2503 in 2015, which features 2G telecommunication, Bluetooth transmission, and satellite positioning.

Fueled by growing market demand for bicycle sharing, along with artificial intelligence and tracking devices, shipments of MeidaTek's chipsets for the said applications have significantly increased, and together contributed 25-30 percent to its overall revenue for the second quarter of this year.

But the bike-sharing boom seems to fail to last as long as expected. The prospects of the market started to change as the Chinese bike-sharing startups like 3Vbike, Dingding Bike and Wukong Bike went out of business.

Industry insiders noted that over the past month, many clients have withdrawn or reduce their orders in response to the continual withdrawal of bike-sharing firms in the marketplace, giving market observers good reason to believe that the meltdown of China's bike-sharing market is very likely to seriously hammer MediaTek in the years to come. 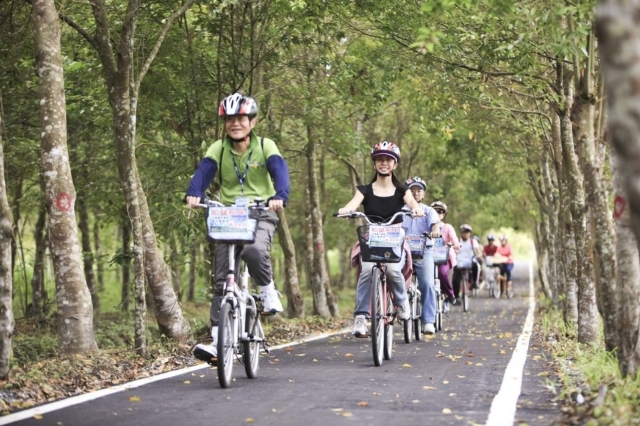 In the wake of the Beijing-based 3Vbike closing as China’s second dockless bicycle-sharing firm following Wukong Bike, increasing market observers believe that the bicycle-sharing economy in China is getting closer to the edge of collapse (photo provided by UDN).