Taiwan's export orders received in October amounted to US$ 46.6 billion (NT$ 1.39 trillion) for a surge of 9.2 percent over last October, a single-month high in history and representing the 15th consecutive month of growth, according to the latest statistics compiled by the statistic department of Taiwan's MOEA (Ministry of Economic Affairs).

Li-Chen Lin, director of the statistics department, holds optimism about Taiwan's monthly export orders are very likely to continue to hit a record high in the remainder of this year.

Taiwan's cumulative export revenue by mainstay industries, including information & communication, electronics and traditional manufacturing, for the first 10 months of this year have totaled US$395.6 billion (NT$11 trillion), up around 10 percent over the same period of last year and an all-time high in history. Also notable is that it is the first double-digit growth rate ever seen in the past 6 years.

Worth mentioning is that gaining steam mostly from Apple Inc., which routinely launches its new products during the second half of each of the past years, Taiwan's exports are believed to experience an even longer growth streak than expected, especially at a time when launch of iPhone X, Apple's most important smartphone model in the decade, has just been postponed to November, which will help maintain growth momentum for Taiwan's export for the remaining two months of this year.

Lin noted, the high season for Taiwanese exporters in a year usually lasts 4-5 months after September. Nevertheless, the year 2017 may be an exception, as the officer stated that the this year's peak season is very likely to extend to the end of the first quarter of next year, given that iPhone X has yet to be launched.

Lin mentioned iPhone 6, the biggest revision of Apple's smartphone range in 2014, as an example. Thanks to Apple's decision to launch its first smartphone with larger-sized screen, growth momentum for export in the year lingered into the first season of 2015. A similar growth trajectory will likely come this year.

Lin continued, export revenue in the remaining two months is expected to continue to hit a new high, whereas a majority of Taiwanese exporters also think that orders received in November will exceed that in December in terms of value.

Benefiting from iPhone's launch, export orders received by Taiwanese companies from the U.S, Europe, China and Hong Kong in October all amounted to over US$10 billion (NT$300 billion) each. Noteworthily, orders from the U.S. and Europe, in terms of value, both beat single-month records for all time, while those from China and Hong Kong reached new highs for the month in history.

In the meantime, Taiwan's overall export orders for ICT (information and communication technology) products and electronics this October also hit an all-time high. As long as market demands for such products continue to swell, Taiwan's export orders from the U.S. and Europe will also keep growing in value for sure.

The additional good news for Taiwan's export-driven economy is that export orders received by local industries of base metal, chemicals, and plastic & rubber, all showed double-digit growth rates in the month, to which a couple of factors were attributed, including the continued recovery of the global economy, growing willingness of global enterprises to invest in fixed assets, and price hikes of crude oil, according to MOEA's report. 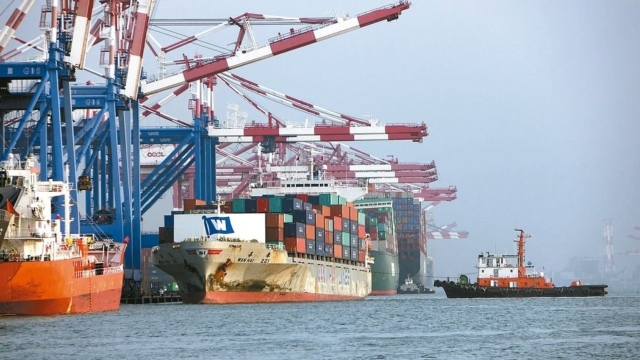