Mainly on strong demands from service sectors, Japan's core machinery orders have continuously surged, and hit a 10-year zenith in November, 2017, showing that the Japanese government's efforts on encouraging local enterprises to invest in capital expenditures have gradually paid off.

Japan's Cabinet Office, an agency of the Cabinet of Japan, which is responsible for handling the day-to-day affairs of the Cabinet, reported January 17 that overall orders for Japan's core machinery last November increased by 5.7 percent from a month earlier, an even stronger growth than the corresponding rate of 5.0 percent posted last October.

The total core machinery orders in November amounted to JPY899 billion (USD8.14 billion), a new high since June, 2008, according to Cabinet Office.

Market analysts think that capital expenditures by Japanese enterprises have been on an upward trajectory for a couple of positive factors, including continuously growing profits they have netted, persistent negative interest rates faced, and increasing use of new technologies in operations to cope with lingering manpower shortages. Noteworthily, the trend is likely to continue by the end of Tokyo Olympics in 2020.

According to data released by Cabinet Office, core machinery orders from manufacturing industries last November edged down by 0.2 percent month on month (MoM) in terms of value, compared to a 7.4 percent MoM growth seen a month earlier.

In the meantime, orders for core machinery from non-manufacturing sectors significantly soared by 9.8 percent from last October, when such orders slightly increased by only 1.1 percent MoM, thanks partly to a great deal of one-time but big orders from wholesalers and retailers, partly to strong demands from transportation and postal service sectors.

From another point of view, Marcel Thieliant, a senior analyst from Capital Economics, one of the leading independent economic research companies in the world, said that the currently vigorous market demands for core machinery have reflected a true situation in which Japan is facing the most serious capacity shortage since 1990.

Gaining steam mainly from robust growth momentum in global market demands, which, in turn, have helped boost overall exports and profits by Japanese enterprises, Japan's economy is experiencing the most promising expansion in the past years. But, several factors, including stagnant wages, weak consumer spending and persistently low inflation, have still concerned local economic analysts.

The Bank of Japan, the central bank of Japan, will publish its latest forecasts for the economy and commodity price soon. With brisk growth in core machinery orders, the forecasts are very likely to be upbeat. 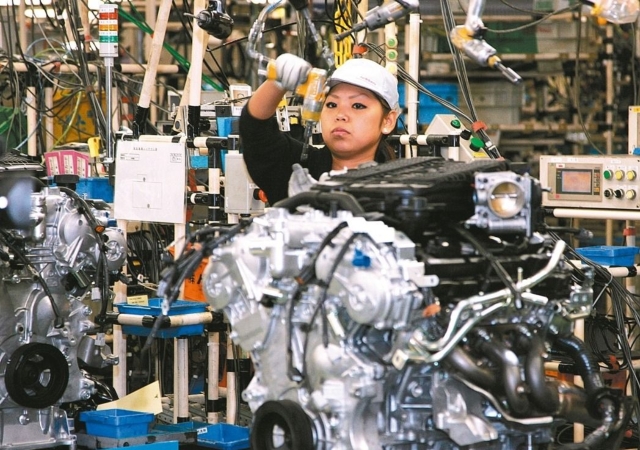