With its overall export of machinery, including machine tools, continuously growing to hit a record high in 2017, Taiwan posted impressive performance in the global rankings of machinery exporting countries.

Mainly on steady global economic expansion, Taiwan's export revenue of machinery in 2017 amounted to US$25.6 billion (NT$748 billion), the highest ever seen in history, putting the island on the 19th spot in the rankings, according to the latest reports by Department of Statistics, Ministry of Finance.

Also notable is that Taiwan ranked No.6 and No.9 in terms of production volume of machine tools and semiconductor equipment, respectively, in the year.

Department of Statistics indicates in the report that dampened by global economic meltdown in the wake of the European debt crisis and intensifying rivalry from competitors in nearby Asian countries, Taiwan's machinery industry had suffered from weak growth in export since 2012.

However, with the global economy continuously on the mend since the beginning of last year, companies from all over the world have turned increasingly willing to invest in fixed assets and factory equipment, hence triggering considerable demands for machinery from Taiwan.

Among Taiwanese machinery industry's major export categories, machine tools, which mostly go to China, Europe and ASEAN member states, accounted for 13 percent of the total export volume in 2017, or an equivalent of US$3.3 billion (NT$96.4 billion). Meanwhile, semiconductor production equipment, which are mostly destined to China, the U.S., and South Korea, contributed 11 percent and amounted to US$ 2.8 billion (NT$81.8 billion), while key components including ball bearings and transmission shafts, which are popular particularly with foreign buyers from China and Europe, commanded a 7 percent of the total and generated US$1.7 billion (NT$49.6 billion) in export revenue.

Worth mentioning is that Taiwan's machinery industry is composed mainly of small and medium-sized enterprises, which, Department of Statistics says in the report, has proved to be a disadvantage to Taiwan competing against other countries with larger-sized domestic machinery companies in the global market. Nevertheless, the island still ranked high in terms of export of metal processing machine tools (No.6), semi-conductor machine equipment (No.9), and ball bearings and transmission shafts (No.13) in 2017. 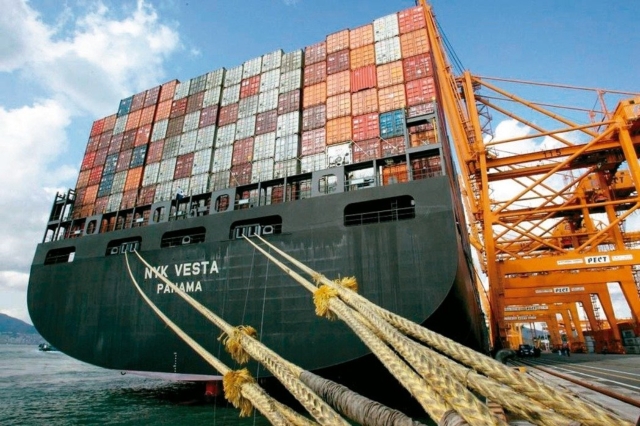