Allen Ko, chairman of Kwang Yang Motor Co., Ltd (KYMCO), a Taiwanese company that manufactures motor scooters, motorcycles, and ATVs for worldwide distribution, announced that the company has worked out a total battery solution for electric bikes and will soon launch it in the market.

During the Tokyo Motorcycle Show held on March 22, KYMCO took the wraps off its new Ionex system, stressing that the system can provide users both charging and battery swapping services.

Furthermore, holding optimism about the development of the electric bike industry, Ko noted that KYMCO, with over 5,000 thousand retail shops in Taiwan, will launch 10 electric bike models in the coming three years, and set up Ionex power stations around the island. Also notable is that the firm's first electric bike will hit the market at the end of this year.

KYM stressed that its Ionex is a game changing system that allows users to charge their bikes at home using the Power Outlet Network provided by the company. Therefore, riders won't have to worry about the charge issues but make savings from battery swapping.

KYMCO said that a rider can keep driving his or her electric scooter while charging the battery, and enjoy the quick charging services provided by Ionex charging stations that are easy to find.

As to its battery swapping solution, KYMCO noted that the firm has pioneered the industry's first smart energy bay, which opens while brining the battery to the perfect lifting position at the touch of a button. And riders can easily trigger the bay door open by nudging the battery against the smart floor while putting the battery back. 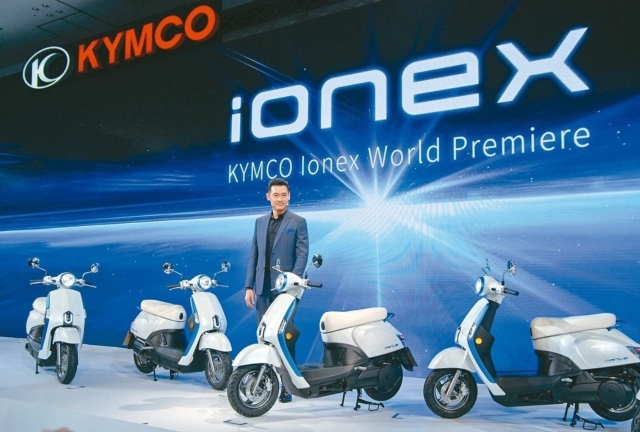