Taiwan's Machinery Industry to See Stable Growth in Coming YearsTaiwan's Ministry of Economic Affairs (MOEA) reported that last year the overall investments by the domestic machinery industry in the development of smart machine equipment, robots and related key components electric equipment totaled around NT$68.9 billion (US$2.36 billion), which will further give a boost to the industry in the coming years.

Of the total investments, NT$3.5 billion (US$120 million) was from Victory Taichung, a professional supplier of CNC lathes and machining centers, and dedicated to establishing intelligent global corporate headquarters and smart manufacturing plants; NT$3.8 billion (US$130 million) was poured by Delta Electronics, a global supplier of power and thermal management solution, into the development of six-axis robots and production lines; and NT$3.4 billion (US$116 million) was conducted by Applied Materials Taiwan, a leader in material engineering solutions, to set up a new plant in Tainan, southern Taiwan, to produce OLED equipment.

Thanks to insiders' diligent efforts on product upgrading over the past nine years, the machinery industry has become the third “trillion industry” (literally described as an industry with annual output value of over NT$1 trillion) following the semiconductor and panel industries in Taiwan, with an impressive output value of NT$1.1 trillion (US$37.8 billion) last year.

Noteworthily, the machinery industry, with about 17,000 small and medium-sized enterprises clustering in Taichung, central Taiwan, has offered 300,000 jobs to the local people as well.

On the second half of 2015, due mainly to the downturn of global economy, Taiwan's machinery industry suffered a growth slowdown in output.

Since the end of 2016, Taiwan's machine industry has started to see growing orders for machine equipment from all over the world, primarily because of the global economic expansion. Meanwhile, as the well-known tech firms in Taiwan and China have continued to increase their production capacities while smart manufacturing has become a rising trend around the world, the machinery industry of the island scored export revenue of NT$744 billion (US$25.6 billion) last year, representing a whopping YoY growth of 20 percent.

The machinery industry in Taiwan, with about 60 percent of its products going to other countries, is an export-driven industry. According to Taiwan's Ministry of Finance, China is Taiwan's biggest exporting market for machine equipment. Last year, Taiwan shipped NT$241 billion (US$8.3) billion worth of machines and related products, including machine tools, ball screws, roller bearings, and transmission shaft, to China.

The U.S., ASEAN member states, Europe and Japan are also among the main destinations of Taiwan's machinery.

Alex Ko, chairman of Taiwan Association of Machinery Industry (TAMI), stressed that machinery production is one of only a few industries that have effectively put down roots in Taiwan. With low consumption of water and electricity, the machinery industry has a relatively low pollution load. As long as the government can sort out the shortages of land, labors and talents, local machinery manufacturers will definitely continue to invest Taiwan.

Ko also praised the government for its efforts to promote the industry. According to the statistics, Taiwan's overall export grew by 13 percent last year while the growth of machinery export reached 21 percent. Ko added that the impressive growth is indicative of the steady global economic recovery, and that the rise of smart machines has generated new business opportunities in the global market for machinery.

On another front, with industrial 4.0 becoming a buzzword in the global machine industry, ever more countries around the world have been actively developing the technologies regarding automation and smart manufacturing, a trend that has provided a basis of proliferating to the global machinery industry.

Among the industrialized countries, Germany has ranked No.1 in terms of the global competitiveness of precision machines and machine tools. In 2016, Germany commanded a 13.6 percent share of the global market for machinery. MOEA noted, with integrated resources and abundant R&D power for smart manufacturing, annual output value of Germany's machinery industry is steadily growing.

Next to Germany, China gained a 12.6 percent share of the global market. The country has managed to solicit globally prestigious machinery makers from advanced countries to set manufacturing bases there, while re-exporting core parts overseas.

On another front, the U.S., and Japan, with cutting-edge technologies and high-profile semiconductor equipment, ranked No.3 and No.4, respectively, in terms of export volume of machines.

Meanwhile, Taiwan ranked No.19. However, the island ranked No.6, No.9 and No.3 in export volume of metal processing machines, semiconductor manufacturing equipment, and ball screws & transmission shafts, respectively. 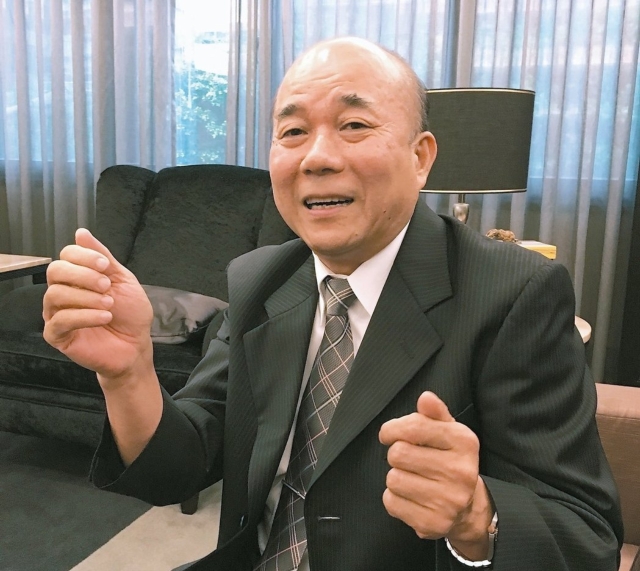