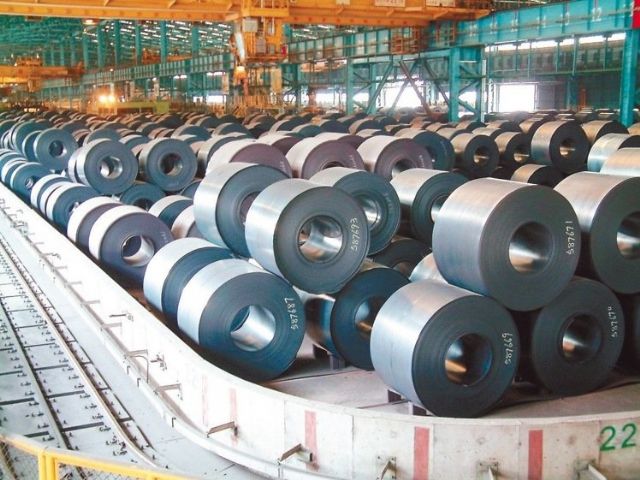 CSC will apply lower nominal prices of its steels sold at home in September than those between July and August (photo courtesy of UDN.com).
The Taiwan-based China Steel Corp. (CSC), the island's largest steelmaker by size, has decided to cut nominal prices of domestically sold steels for next year, perhaps to cater to local downstream manufacturers who have called for price drops of such materials to remain competitive.

Despite CSC's price cut for next year, institutional investors point out that overall steel prices still remain on track of an upward trend in the long run, primarily because the global steel market has been increasingly stabilized over the past months since China began restructuring its steel industry to solve the oversupply problem.

The Chairman of Taiwan Industrial Fastener Institute Tsai, Tu-Chin pointed out that affected by the U.S-China trade war, China has transferred to the European market which made Taiwanese firms less competitive. In order not to lose any market shares, Taiwanese firms are willing to receive orders no matter how low the price is. In addition, Taiwan has not joined many Free Trade agreements which makes them suffered from more than 5 to 15 percent of tariffs compared to other countries.By contrast, China has reduced the taxes rate to make their local companies more competitive.

Therefore, he emphasized the economy of Taiwan's fasteners industry is poor. If the economy bounds back from the bottom, the government should heavily depreciate the exchange rate of the New Taiwan Dollar. In the meantime,the price of China Steel Corporation could be more practical, allowing the downstream to receive more orders.