Machinery orders sank again in October in a fresh sign that business spending, previously one of the few points of strength in the world's third-largest economy, is stalling as slumping exports bruise investment appetite. 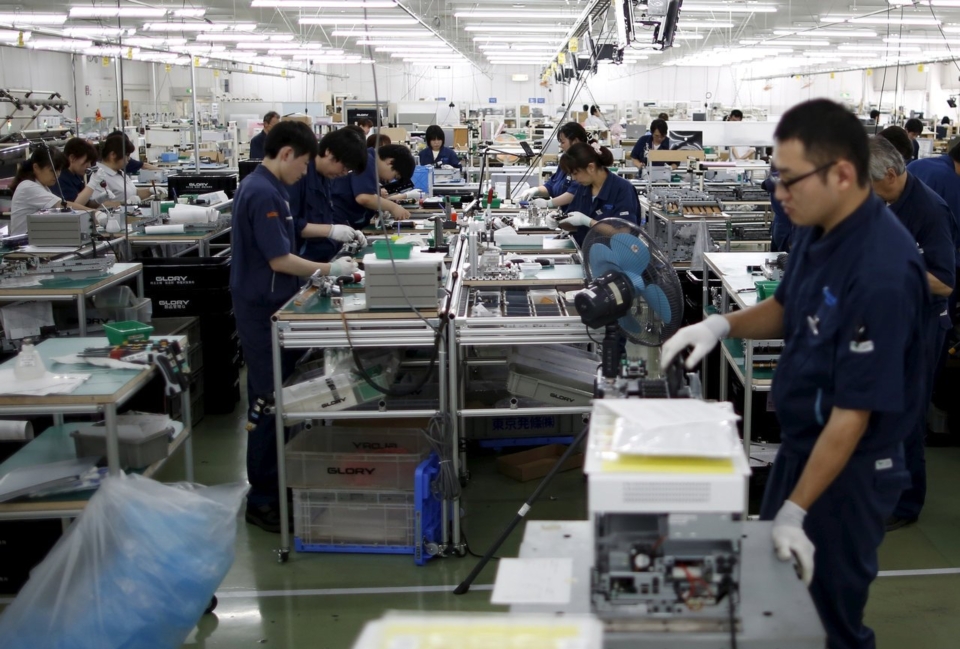 An assembling plant in the North of Japan(photo courtesy of Reuters)
Core machinery orders fell 6.0 percent in October from the previous month, government data showed on Thursday, logging a fourth straight month of declines and dashing expectations for a 0.9 percent increase in a Reuters poll.The data marked the longest period of month-on-month contraction since a similar stretch to January 2009, and throws up a challenge for policymakers counting on solid business spending to support demand amid a global slowdown.

“Companies are becoming increasingly cautious in regard to investment,” said Takumi Tsunoda, senior economist at Shinkin Central Bank Research Institute.The impact from the sales tax hike seems to be larger than was expected.”