Machinery Tool in the Recovery in 2020

As the U.S.-China trade friction comes to an end, and the effect of the second production base in Southeast Asia is gradually fermenting, Taiwan's machinery industry is expected to see Chunyan in the second quarter, and the machine tools will warm up month by month from the second half of the year. The director of the Taiwan Machinery Association Chang Ke Baxi expects that the export value of machinery and machine tools will increase by about 10% throughout the year. 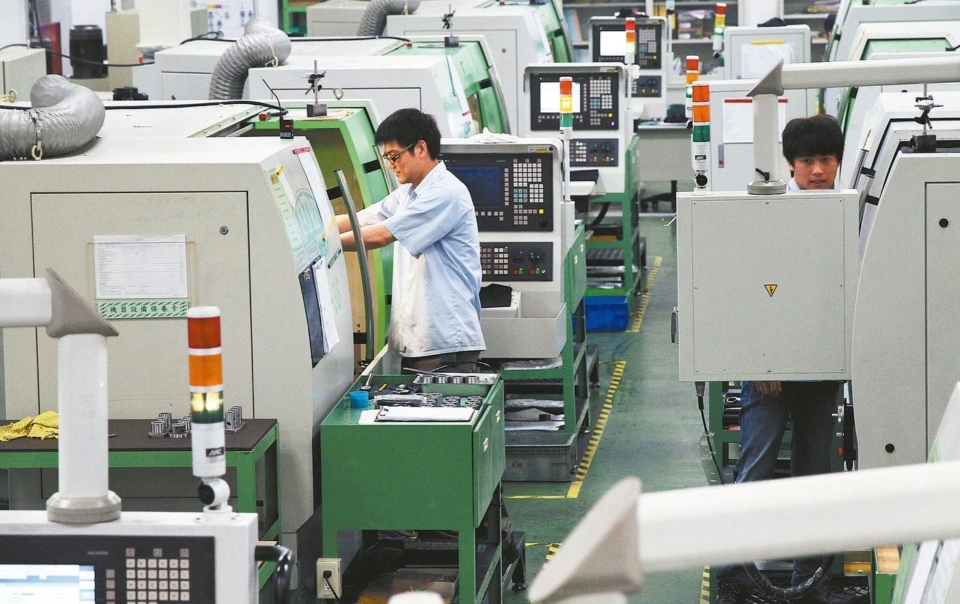 The picture shows the operation status of the machinery industry plant. (Photo provided by UDN)
However, with the recent spread of the pneumonia epidemic in Wuhan, industry players have continued to pay attention to whether it will affect the global economic development. If it impacts end-use consumption, it may suppress the strength of the industrial recovery.
The upstream performance of machine tool upstream plants in December last year was generally better than expected. Local investment advisors are optimistic. As the decline in Japanese machine tool orders has not expanded, the economy has shown signs of bottoming out, and the decline in the amount of machine tool orders from China has also decreased significantly. .

The market believes that with the US and China reaching the first phase of the agreement, demand will pick up, which will help the operating performance of machine tool factories continue to pick up. According to the legal person, Yadeke-KY, a leading component manufacturer of pneumatic components upstream of machine tools, was driven by existing customers' degree of automation and the demand for 5G base station equipment in China. In December last year, revenue increased by 24% for five consecutive months. It is growing, and it is also growing in parallel with the trend throughout the year, and it has performed most brilliantly in the industry.

Transmission components manufacturers, such as Yinde, Zhide, and Global Transmission, were dragged down by the downstream machine tool industry 's demand, which has not seen a clear recovery, and the inventory is still high. The annual revenue growth rate in December last year declined by about 20%. Although the performance was still not satisfactory, but Also better than expected.

Looking forward to this year, Yadeke is more optimistic, pointing out that the current market demand is recovering due to the increase in customer's existing production capacity and automation, and the increase in demand for 5G-related parts and components. The legal person estimates that the annual performance of Yadeke is expected to increase by 10% and continue to reach a new high.

The machine tool maker Cheng Tai recently returned orders from the United States and Turkey. The products are mainly turning and milling compound, vertical turning and core-type processing machines. The order in hand is about 800 million yuan. Visibility sees March; On the other hand, mainland China is the mainstay, including large-scale models such as gantry, horizontal boring, etc., with orders in hand of 1.2 billion yuan. Visibility sees April.

Cheng De Group Chairman Yang Dehua said that the machine tool industry has been boring for a year. With the inventory gradually depleted, recently large American customers have started to place orders, and small and medium-sized customers will follow up. Although the order strength is not strong, but You can clearly feel that market confidence is gradually stabilizing.

Gao Feng 's recent enquiries from South Korea and China have warmed. Currently, orders across the Taiwan Strait are 380 million yuan. The visibility of orders is at the end of the first quarter. Chairman Shen Guorong expects this year 's performance to improve from the second quarter.