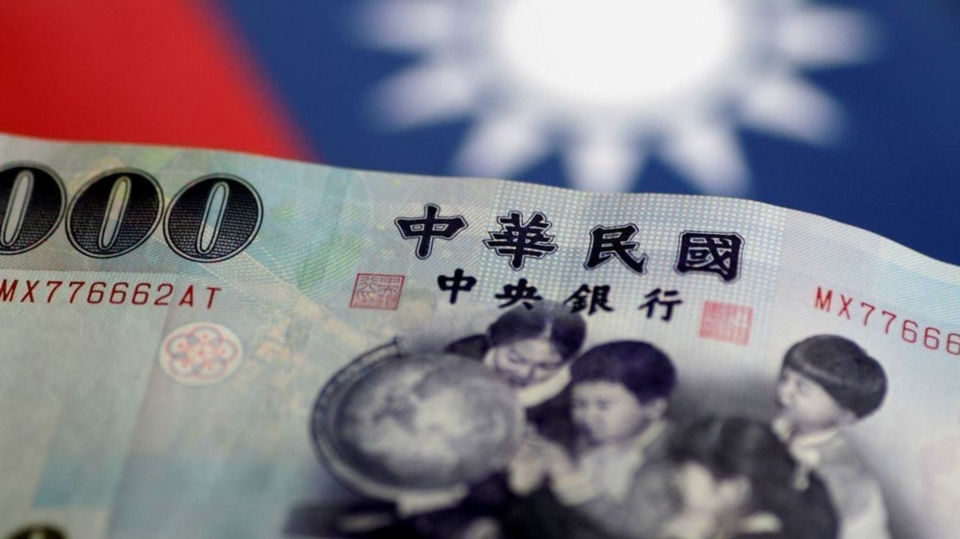 Taiwanese New Dollar (Photo courtesy of Reuters)
Taiwan's foreign exchange reserves continued their rise to a new high at the end of April, despite the economic impact of the COVID-19 coronavirus pandemic, taking the country to the fourth spot in forex reserves holdings in the world, the central bank said Tuesday.

Taiwan surpassed Saudi Arabia, moving up one notch to fourth place in April, with forex reserves as of April up US$1.397 billion from a month earlier to US$481.78 billion, according to data compiled by the central bank.

According to the bank, China remained in the top spot in the rankings after reporting US$3.06 trillion in forex reserves as of the end of March, down US$46.1 billion from a month earlier.

Saudi Arabia, a major oil producer, which suffered a plunge in crude prices caused by the COVID-19 pandemic, saw its forex reserves falling US$23.9 billion from a month earlier to US$462.2 billion at the end of March, the central bank said.

Henry Yen (顏輝煌), head of the bank's Foreign Exchange Department, told reporters that the growth in Taiwan's forex reserves were largely the result of an increase in investment returns of the central bank's management in these assets in April.

In addition, Yen said that due to the appreciation of non-U.S. dollar currencies, such as the Australian dollar and the Japanese yen, against the greenback, when the assets denominated in non-U.S. dollars in the central bank's portfolio were converted into greenbacks, Taiwan's forex reserves increased accordingly.

In April, the value of their holdings of Taiwanese stocks, bonds and Taiwan dollar-denominated deposits held by foreign investors as of the end of April rose US$52.2 billion from a month earlier to US$402.7 billion as the weighted index on the Taiwan Stock Exchange rose 1,284 points, or 13.23 percent, for the month.

The latest foreign-held assets were equivalent to 84 percent of Taiwan's total foreign exchange reserves as of the end of April, up from 73 percent at the end of March.

The central bank said it is committed to maintaining ample forex reserves by improving investment returns to guarantee secure financial markets at home, even if foreign institutional investors move funds out of the country.